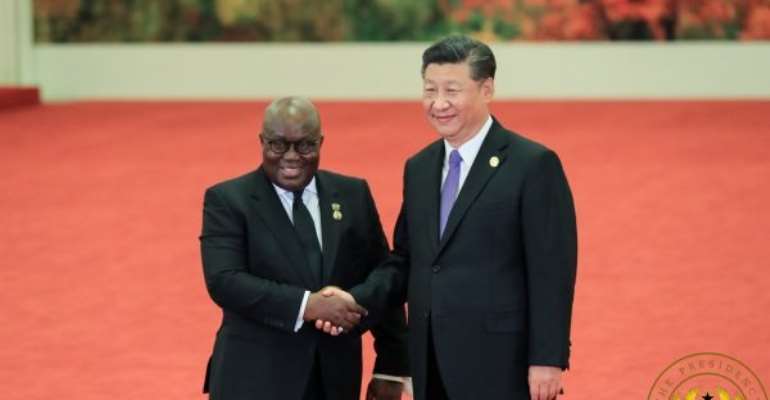 Ghana's Ambassador to China, H.E Edward Boateng says Ghana stands tall among countries on the African continent given its 60-year long-standing diplomatic relations with the People's Republic of China.

The bilateral partnership between the countries according to the Ambassador is manifested in the massive socioeconomic transformation and huge investments being enjoyed by the two states.

Mr. Boateng who was speaking in an interview with Bernard Avle to highlight the existing relationship which dates back as far as 1960 specifically July 5, noted that some of the strides made by Ghana and China in the areas of trade, investments, education, job creation and health, among other things, are as a result of the friendly collaboration between past and current leaders of both countries.

“Presently, our relationship is at a very high level. It’s done very well, especially in the last three years under the leadership of the President [Nana Addo Dankwa Akufo-Addo]. We have really moved it to another level. In fact, we are the envy of most of the African countries and other diplomatic circles; [because] China spends a lot of money on Ghana. We have achieved a lot and Ghana has a lot to be proud of,” he touted.

Per the existing and historical relationship between Ghana and China, many developmental projects have been facilitated to inure to each other's benefit.

Since the relationship began, it has deepened into strong bonds over the past six decades. Both countries have reciprocated the harmonized diplomatic support for progress.

Worth mentioning is the building and expansion of infrastructure projects that increase access to education and health through scholarship opportunities and the provision of medical supplies respectively.

Notable among them is the bauxite for development barter agreement, popularly known as Sinohydro deal, signed between the Government of Ghana and the People's Republic of China

The $2 billion Master Project Support was agreed between Ghana and China in 2018 to address major infrastructure challenges in the country.

Under the deal, Sinohydro Group Limited of China is providing the infrastructure of the government's choice in exchange for Ghana's refined bauxite.

China has also helped Ghana in some poverty alleviation programs and humanitarian aids to improve the lives of the ordinary Ghanaian.

Recently, the outgone Chinese Ambassador to Ghana, Shi Ting Wang described Ghana as the first choice trade partner with a volume of US$7.4 billion, making it the biggest investor in Ghana.

The relations have created about 100,000 job opportunities for the local people in Ghana. Prospects of relationship

Commenting on the future of the ties in the years ahead, Mr. Boateng who is Ghana's 15th Emissary to China was optimistic of more successes that will be chalked through the strong foundation that has been set for mutual cooperation and benefits.

“I think for me, [the future] is very positive. We have in the last three years under the leadership of the President; Nana Addo-Dankwa Akufo-Addo laid a solid foundation for future ambassadors and foreign officers…I think my successor will take it to another level. What we can get from China or what China can get from us is for us to decide. Once we decide on what we want, we will get it to run as fast as we want,” Edward Boateng said. Appreciation

He singled out the President, Nana Addo Dankwa Akufo-Addo, the Foreign Affairs and Regional Integration Minister, Shirley Ayorkor Botchwey and her staff members for their continuous contributions towards fostering the all-time-high peaceful co-existence.

H. E. Boateng expressed similar appreciation to his workers and other Chinese officials whose various forms of assistance have aided in shaping the journey thus far.

“I will like to take this opportunity and thank my team that I have worked with. I have pushed them very high, but they have responded to achieve a lot in terms of our people to people relations, project delivery. I want to thank my Minister, the two deputies, Chief Director and the able team at the Ministry of Foreign Affairs and Integration in Ghana. Without their support from Accra, we wouldn't have been smiling by now. The entire team has worked very hard to bring the relationship to where it is now. I also want to thank my predecessors. The 14 of them before me and they have all done their best.”