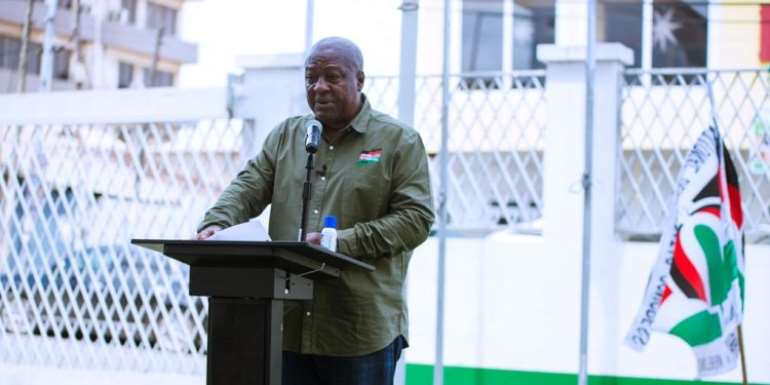 The flagbearer of the opposition National Democratic Congress (NDC), John Dramani Mahama, is expected to announce the choice of his running mate at the party's National Executive Committee meeting later this morning, Monday, July 6.

Citi News sources indicate that the flagbearer will present the name of former Education Minister, Jane Naana Opoku Agyeman as his preferred choice for the position.

Other names that have also come up as likely contenders include former Finance Ministers, Prof. Kwesi Botchwey and Dr. Kwabena Duffuor.

The National Executive Committee of the party will per the party’s regulations uphold or reject the choice of Mr. Mahama.

We're finalizing consultations on my choice of running mate

Mr. Mahama recently via a Facebook Live on Thursday, June 18, 2020, said the party structures are currently being consulted on his choice of a running mate.

The former President has for some time now been pressurized to disclose his running mate as election 2020 draws near.

“Following the easing of restrictions, I have requested our functional executive committee to arrange a meeting of the Council of Elders and the National Executive Committee (NEC) to finalize my constitutional obligation to consult these bodies on the choice of my running mate. We have also agreed on our choice of the 2020 campaign team and will announce this shortly. Our manifesto committee is also wrapping up its work and we expect to launch our 2020 manifesto in August.”

Meanwhile, the NDC presidential candidate at a previous digital conversation said there was no use in naming a running mate to contest with him in the general elections amidst the outbreak of the novel coronavirus in Ghana.