DOMELEVO’S LEAVE: Akufo-Addo Locked The Stable Door After The Horse Has Bolted 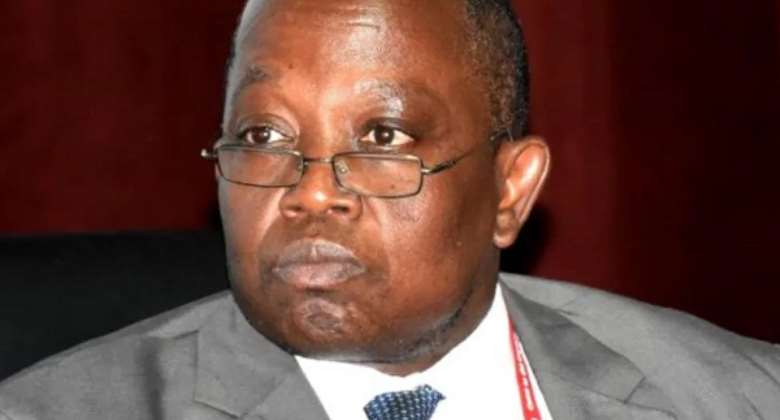 When Manchester City FC defeated my own Liverpool FC 4 goals to nothing on Thursday, July 2, 2020, a friend remarked; the effort of Manchester City was like a licentious evil man who forces someone’s pregnant wife into sexual intercourse. No matter how hard he tries, the baby is not his! So dear Akufo-Addo, no matter how hard you try, Ghana is not yours, you just a caretaker!

No matter how hard Daniel Yao Domelevo tries, the Auditor-General position is not for him forever. “The Office of the President has extended the leave period of the Auditor-General, Daniel Domelevo from 123 days to 167 effective July 1, 2020" (Source: MYJOYONLINE.COM, Saturday, July 4, 2020). I honestly think Akufo-Addo did the right thing at the wrong time and with the wrong reason.

At the outset of his government, President Akufo-Addo could have suspended the Auditor-General [AG] Mr. Daniel Yao Domelevo’s appointment because it amounted to a conflict of interest. After all, an outgoing president cannot appoint AG, especially when the New Patriotic Party [NPP] had perceived President Mahama's government was engaging in corruption. Don’t forget Akufo-Addo-Bawumia led administration had inordinate and uncompromising desire to investigate their predecessor government. Does Heinz's dilemma work here?

Sometimes in Europe, there lived a man by name Heinz. Heinz's wife was almost invariably at a terminal stage of a particular type of cancer. Physicians prescribed a new drug that could save Heinz's the dying wife. The local pharmacist discovered this type of drug that could cure Hein's wife. Desperate and despondent Heinz, tried what he could to buy the prescription to save her wife. When the chemist realized that Heinz needed the drug wil.ly nil.ly, he increased the price of the drug, ten times the actual cost of the drug, and more than poor Heinz could afford.

Heinz could raise half the money, even after help from family and sympathizers. Negotiations upon negotiations were wriggled through a courteous bottleneck, but the chemist remained unperturbed from his supposed wickedness. For example, he explained to the chemist that his wife was dying and asked whether he could get the drug cheaper or pay the rest of the money later, but the drug seller refused. Therefore then in the night, Heinz broke into the chemist store and stole the drug.

The psychologist, Lawrence Kohlberg, used Heinz's dilemma to propound his theory of moral development. Kohlberg asked some questions. 1. Should Heinz have stolen the drug? 2. Would it change anything if Heinz did not love his wife? 3. What if the person dying was a stranger, would it make any difference?

Kohlberg concluded that reasons to dilemma make moral maturity but not the response.

Although the AG is perceived by many as a hardworking and anti-corruption agent than my ability can describe, in the field of industrial-organizational psychology, some of his actions could be best described as exemplification [a pretentious trait to elicit the attribution of competence and hardworking].

Whether we like it or not, the 1992 constitution gives the president somewhat unfettered powers to pilot the administration of the country for a period of 4 years. How many CEO's in the world will entertain an accountant or who uses media to undermine his boss' corporate governance? Although Akufo-Addo's actions appeared to be autocratic, we must applaud him for keeping Domelevo [Very politically unwise].

From the very onset of Akufo-Addo’s government, he should have asked whether John Mahama and Professor J. E. A Mills would have accepted it if president Kufour had appointed a new Auditor-General knowing with perfect certainty that Prof. Mills was the president-elect?

In 2008, when president Kufour said he had implemented a single spine salary after an electoral defeat, what was Mills' government reaction? Akufo-Addo has kept the AG in office only for Domelevo to embarrass his government. Nonetheless, Akufo-Addo’s justification for asking Domelevo to proceed on leave is very feeble! Employment leaves are part of employment benefits; you either enjoyed it or forfeit it. It is logically antithetical for any president to coerce the AG into leave compliance.

What is particularly lamentable is the wanton disregard for employee's rights by extending the AG's leave from 123 days to 167 days. This kind of order can only exist under divine right monarchical absolutism in the 17th and 18th century Europe. Although some absolute monarchs like Louis XIV [1643-1715] of France had been described by historians as one of the best, the office of the president of Ghana is not an absolute monarchy.

Mr. President, why do you make your government a ripe prey for your political opponent by this increasing autocracy? You are not an absolute monarch, and you cannot be in modern Ghana because the 1992 constitution emphasizes puritan egalitarian ideals that all citizens have inalienable rights. “Young man, the secret of my success is that at an early age I discovered that I was not God.”― Oliver Wendell Holmes, Jr. A courageous leader is a leader who admits the imperfect nature of this world.

A leader who thinks he is a perfect risk of becoming autocratic, and this does not inure to that leader's benefit. My president, I am not privy to your political reasons for asking somewhat hardworking AG to proceed on leave at this time; even so, I will humbly appeal to you to rescind this decision before ex Prez John Mahama outfoxes you like the 1588 Spanish Armada. No one has a registered oath in heaven to sacrifice the rights of Ghanaians on unholy altars of his/her egocentric convenience! Mr. President, I wish you good luck in your isolation.