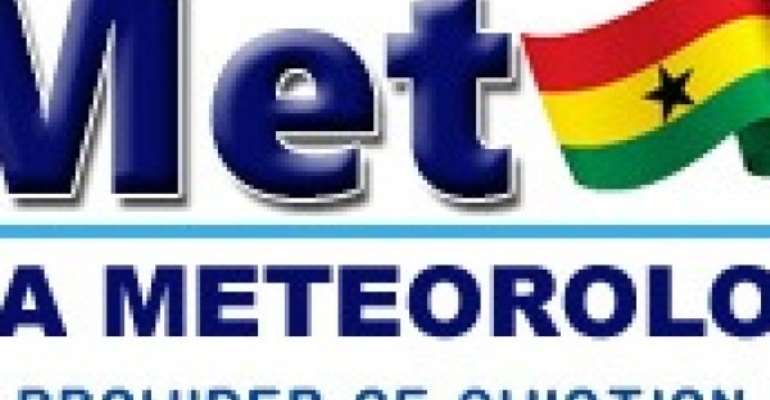 The Ghana Meteorological Agency (GMet) Sunday said the Southern part of the country will experience slight to modest rains during this month, as the rainy season tapers off to an end.

"Although there may be breaks from time to time, we are still in the rainy season,” Madam Felicity Ahafianyo, Acting GMet Officer in charge of Central Analysis and Forecasting, told the Ghana News Agency in an interview in Accra.

She said although the rainy season in Southern Ghana was tapering off to an end, it was not over yet, adding that the month of July would be typified by cloudiness with intermittent slight or continuous rains.

The Senior Meteorologist said temperatures would also be low and were expected to record below 22 degrees Celsius.

Madam Ahafianyo said people in the transition zone of the country, which included; the Bono Ahafo and parts of the Northern sector, would experience thunder storms with lightening and moderate winds.

She said the rains in the Southern sector would, however, not be accompanied by thunder storms according to weather indicators.

The rainy season in the Northern sector on the other hand would peak in August and end in October, she said.

The Senior Meteorologist cautioned drivers to be cautious, especially around forest and mountainous areas, because of the formation of fog and mist patches over these areas.

"Motorists should be particularly careful at dawn and reduce their speed because of reduced visibility," she said.

Madam Ahafianyo said the Northern sector was expected to experience an average of two to three rain storms every week, and urged inhabitants of the regions to pay attention to weather warnings by GMet, in order to plan their movements and activities accordingly.

"Radio stations in the Northern sector should please call GMet on 0302-777-172 for information on the weather," she said.

Madam Ahafianyo also urged the entire public to wear protective clothing to avoid the ill effects of cold weather, and to also pay close attention to the weather forecast.

The rainy season in the Southern part of the country is expected to slow between the end of July and the early part of August, she said.