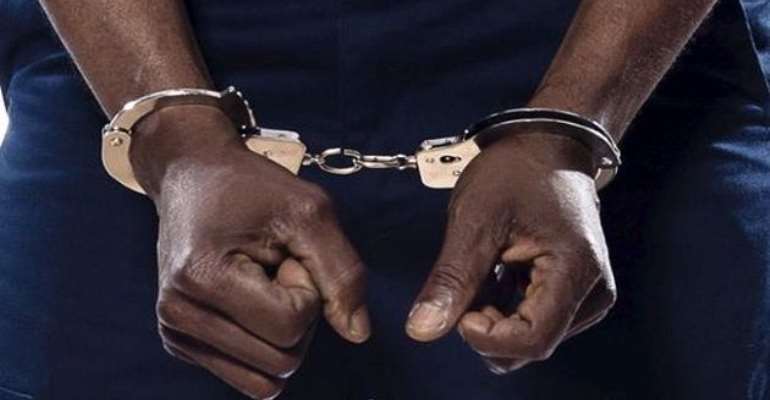 A teacher is in the grips of the Northern Regional Police Command over his alleged role in appropriating eight voter registration form 1A without authorization from Electoral Commission (EC) officials.

This was after the 44-year-old suspect, Alhassan Abdullai Mohammed failed to secure the consent of the registration officer.

Confirming the incident to Citi News, the Northern Regional Police Crime Officer, Superintendent Otuo Acheampong, said the police affected the arrest after it received a call from the Sagnarigu Office of the EC around 4 pm on Saturday, July 4, 2020.

The suspect has been detained assisting with further investigations.

“On 4th July 2020 about 1600 hours, the police in the region responded to a call at the Sagnerigu Municipal office of the Electoral Commission. At the office, suspect Alhassan Abdullai Mohammed 44 years, a teacher was handed over to the police in possession of (8) eight Voter Registration Forms 1A, the property of the Electoral Commission, which he dishonestly appropriated without the consent of the registration officer. The suspect has been cautioned and detained assisting with the investigation”, he said.

Already, the EC has urged the public to desist from engaging in activities that undermine laws governing voter registration exercise in the country.

It follows what it has observed to be electoral offences in the on-going nationwide mass registration exercise.

Notable among the issues are attempts by some applicants to register at different centres other than their places of residence.

“Per law, an applicant can only register in a location where he/she resides or is ordinarily resident for not less than 12 months before registration”, a statement from the EC said.

Among other things, the electoral management body is cautioning against the following:

“The Commission wishes to remind the public that only persons with accreditation are allowed to observe the process at the Registration Centres. All applicants are expected to leave the Registration Centres after registering. All eligible Applicants are required to wait for the registration team to get to their respective centres before attempting to register. We wish to caution the public against defacing any poster or Movement Plan of the Commission”, the EC noted.

It said the above offences are punishable by law where offenders pay a fine or term of imprisonment or both.

The Commission has however asked the public to disregard social media reports suggesting that some of its registration centres across the country have been closed down.

The EC is embarking a nationwide voter registration exercise towards the compilation of a new electoral roll for the December presidential and parliamentary elections.

The exercise is being held at 6,788 clusters made up of five registration centres each across the country.

‘Sputnik-V procurement contract must be re-examined’ – Kwaku...
58 minutes ago

Getting Sputnik-V vaccines from black market using middlemen...
58 minutes ago