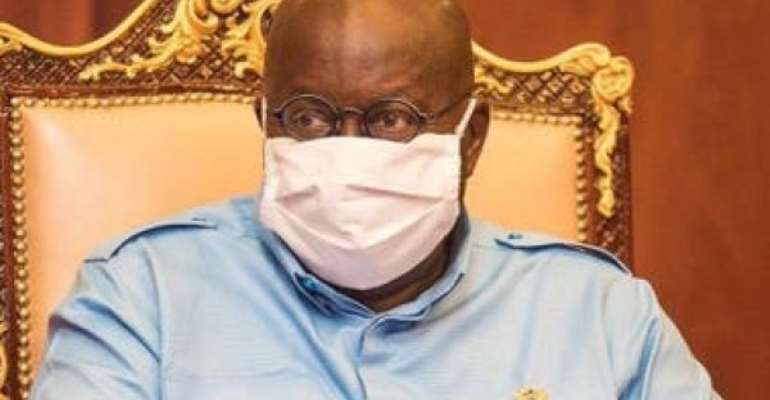 Odeneho Akosua Fima Dwaben II, the paramount queen of Dormaa Traditional Area in the Bono Region has praised President Akufo-Addo's government for the high level of development in the Dormaa Municipality.

She highlighted some achievements of the government in the area, and underlined the need for the people to vote and retain President Akufo-Addo in the Election 2020 for the continuous progress of 'Dormaaman' and in the supreme interest of the nation.

Odeneho Dwaben II affirmed President Akufo-Addo's government had not neglected Dormaa-Ahenkro Township and the Dormaa Central Municipality in general in the sharing of the national cake, and therefore appealed to Ghanaians to give his government another four-year term to govern the nation.

Speaking at a ground breaking ceremony held at Dormaa-Akenkro for work to begin on the construction of a modern lorry terminal on Friday, she said President Akufo-Addo's government had face-lifted Dormaa-Ahenkro and therefore deserved commendation.

The project estimated at Gh¢3.8 million and expected to be completed within nine months would cover 65,000 square metres with the capacity to contain 92 buses.

It forms part of the Ghana Secondary City Support Project being implemented in 25 municipalities in the country.

It will help to strengthen local systems and provide the needed support to the Municipal Assemblies for effective urban management and service delivery.

Odeneho Dwaben II said the 20-kilometre asphalt road beautified and uplifted the image of the Dormaa-Ahenkro Township, while the Okuapa Pa Project developed by the government and ENI at Kyeremasu had created numerous job opportunities for the youth in the Municipality.

The paramount queen also lauded progress of work on the 5,000 capacity Youth Development Centre being put up by the National Youth Authority at Dormaa-Ahenkro, which on completion, she noted would greatly help unearth and nurture the talents of the youth in the area and beyond.

Odeneho Dwaben II described socio-economic development in the Municipality as unprecedented and implored Ghanaians to join her in prayers for God to grant President Akufo-Addo the required wisdom and ability to push the holistic development of the country to the next level.

Mrs. Evelyn Ama Kumi-Richardson, the Bono Regional Minister appealed to the chiefs and people of the area to cooperate with the contractor to complete the project as scheduled.

She stressed the government's commitment to ensure that development in the Dormaa Municipality was brought to a higher pedestal, but quickly added that could be achieved if the people renew the mandate of President Akufo-Addo in the December 7 general election.

Mr. Kwaku Agyemang-Manu, the Minister of Health and Member of Parliament for Dormaa Central observed considering the level of development in the area, the electorate would be ungrateful if they failed to vote to retain the New Patriotic Party in government.

He said President Nana Akufo-Addo had not side-lined the people, because many Dormaa indigenes held key positions in government and entreated the people to support the government in the national reconstruction process.