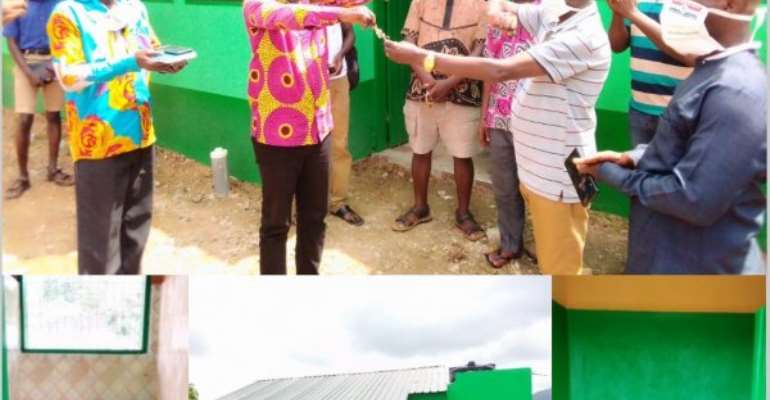 A 10-seater institutional toilet facility provided under the one-million-dollar per constituency under government's flagship programme has been handed over to the St. Mary's Seminary Senior High School (SHS) at Lolobi.

The water closet facility, which is estimated to cost GH¢163,000.00, has a mechanised borehole as a source of water supply.

Mr. Dennis Owusu Boateng, Acting Director of Research, Monitoring and Evaluation of the Coastal Development Authority (CODA), the implementation agency, who handed over the facility called on students to make good use of it.

Mr Andrews Teddy Ofori, the Hohoe Municipal Chief Executive (MCE), who expressed gratitude to the government for the implementation of the flagship programme, saying many educational institutions in the Municipality had benefitted from it.

He said other institutions, including; Alavanyo Senior High Technical School, would benefit from similar projects to improve sanitation and promote good hygiene generally in schools in the Municipality.

Mr Anthony Kondobrey, Assistant Headmaster of the School, commended the government for the facility adding that it had solved one of its many challenges regarding the lack of social amenities.

He said despite the school's infrastructural challenges, it continued to excel in academic activities, complimenting teachers and students for hard work.

Master Bright Ansah, a student of the school expressed gratitude to the government and the Assembly for giving the school such a facility, adding it would ease their sanitary problems.