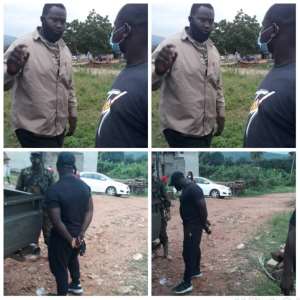 Police in Atimpoku in the Asuogyaman District of the Eastern Region have arrested a middle-aged man for assaulting a Polling agent of the opposition National Democratic Congress (NDC).

The suspect identified as Ernest Anyoni, and one other, now at large, assaulted the NDC polling agent Moses Asare at Senchi GNAT Hall Polling Station on Saturday alleging that the agent was taking pictures of them during an altercation over an alleged non-resident applicant the NDC protested against.

The two suspects allegedly pounced on the agent and beat him mercilessly in the presence of the Military personnel deployed to the Constituency.

A complaint was lodged at the Atimpoku Police Station after which the suspect was arrested but his accomplice has gone into hiding. 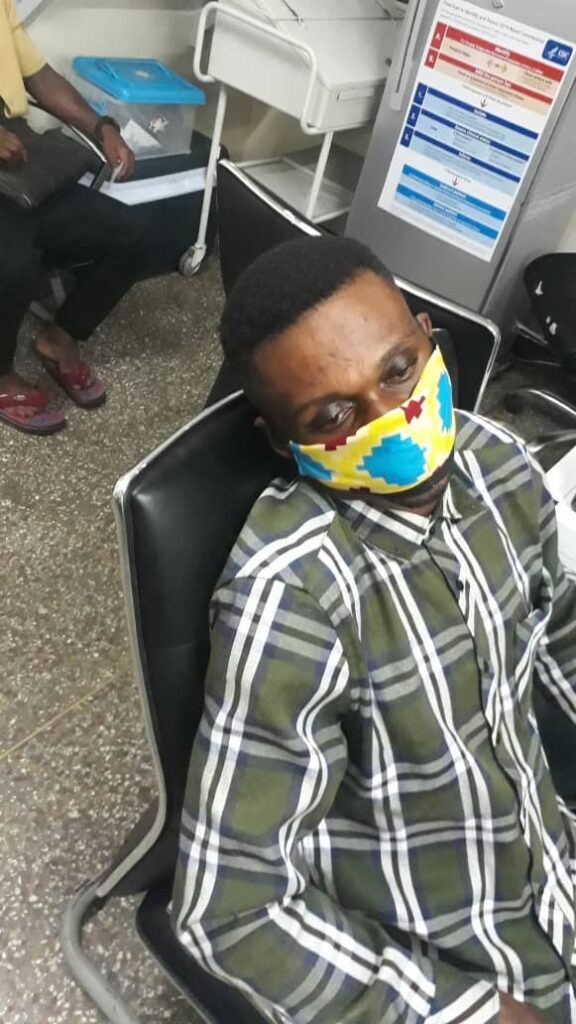 A victim of the assault

The Police has identified the suspect as the same person who attempted to beat a uniformed Police officer at Atimpoku Zongo Mosque polling station earlier on the same day. He is currently in Police custody assisting with investigation.

Meanwhile, a medical form has been issued to the victim for treatment at VRA Hospital.

The voter’s Registration exercise in Asuogyaman Constituency of the Eastern Region has been marred by pockets of violence between the ruling NPP and the opposition NDC.