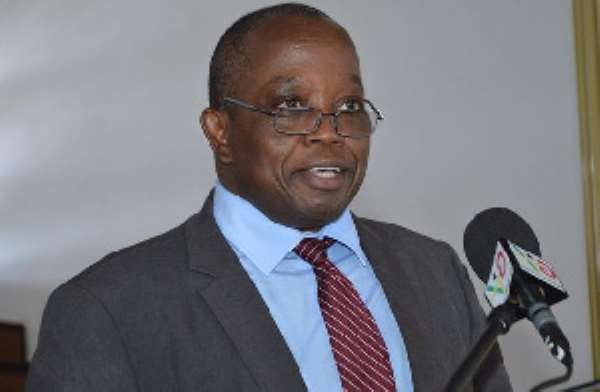 A group calling itself the Concerned Voters Movement (CVM) has descended heavily on the embattled Auditor General, Mr Daniel Yaw Domelevo over his response to the presidential directive to take his accumulated annual leave.

His response the movement says was aimed at satisfying the egos of the former President John Dramani Mahama, the National Democratic Congress and think tanks such as IMANI Africa and others.

A statement signed by Mr Razak Kojo Opoku, Founder and President of CVM and copied to the media in Accra said Mr Domelevo's response affirms that he was employed to indeed peddle falsehoods to embarrass President Akufo-Addo's Government.

The statement said, it was misleading for Mr Domelevo to suggest that several appointees of Government had not taken their leave, and on that basis not happy with the President's directive to him.

It asked Mr Domelevo to be bold and mention the names of the government appointees who have not taken their leave since the year 2017.

The group suspected that Mr Domelevo's resistance to taking his leave creates suspicion that he had something mischievous to hide.

Mr Daniel Yaw Domelevo was appointed as the Auditor-General by former President Mahama five days to his exit from office as President.

Bawumia's campaign allegedly being financed by NDC to kick a...
35 minutes ago