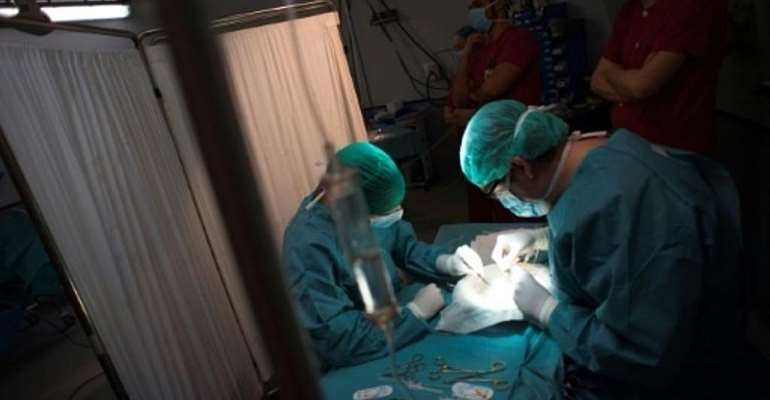 China is planning to change regulations on organ donation to tackle a shortage of donors and curb illicit harvesting. Beijing stopped taking tissue from executed prisoners five years ago. The draft rules published on Wednesday by the National Health Commission would allow people to donate the organs of deceased relatives.

The new rules would also make it illegal to take organs from living minors as China tries to stamp out child trafficking for harvesting.

China faces donor shortages after it ended the controversial practice of harvesting organs from executed prisoners in 2015.

The reforms aim to protect the legal rights of donors but are unlikely to boost donations given the cultural sensitivities in China of "mutilating a body" after death, according to Wang Bing, a Beijing-based lawyer who specialises in medical disputes.

"The number of organ donors is very low and the law falls short of creating an opt-out system, which is the only way to tackle social taboos around the topic," he said.

The public can download the text of the draft law from the website of the National Health Commission, and submit comments by fax or e-mail. No deadline has been set for the discussion of the legislation by the National People's Congress, China's legislature.

“Organ harvesting”
Beijing first passed laws to regulate organ donations in 2007 but a lack of clear punishments and enforcement led to a thriving black market for organs that was even highlighted in the Chinese press.

The amendments now proposed include fines and other punishments for individuals and institutions involved in organ trafficking or illegal transplants.

Violators will face a fine "worth eight to 10 times the illegal gains, plus doctors will have their medical licences suspended", the draft says.

China's policy on organ donation has been targeted by the Falun Gong meditation movement, which claims that Beijing systematically carries out organ harvesting on Falun Gong members, Uyghurs and Christians. These claims have never been independently verified.