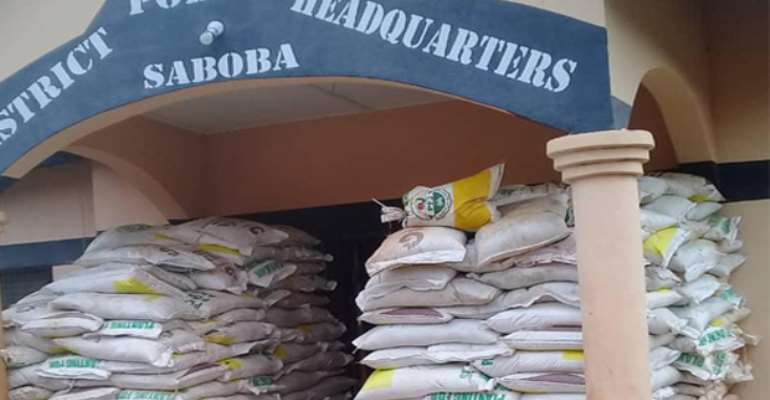 A security task force formed to monitor and track the activities of accredited suppliers to ensure that no fertilizer is smuggled outside the district have intercepted 1,000 bags of fertilizers in the Saboba District of the Northern region.

Information reaching DGN Online indicates that the fertilizers were being transported to neighbouring Togo by an unknown businessman.

Last year, Saboba was one of the districts that were banned from selling fertilizers due to an increase in smuggled fertilizer in the area.

In view of that the Agric ministry this year decided to approve seven dealers to supply fertilizer to the district for the farmers to use in the farming season.

According to him, the fertilizers were offloaded in Saboba district at the blindside of the Agric officers.

“The businessman is not one of the accredited suppliers to sell fertilizers in Saboba and the fertilizers were offloaded on Tuesday at 1 am and did not inform the Agric director as required.”

He indicated that when the task force had information about the smuggled fertilizers, the businessman was approached but he could not provide the weight bill.

ASP Yagane noted that the fertilizers have been seized and in police custody in Saboba.

“ We are meeting with all the accredited dealers in Saboba and we will seriously warn them any dealer found smuggling or aiding any smuggling of fertilizers will be severely dealt with.”

He, however, indicated that the businessman will be invited and investigated and if found guilty he will be arraigned before court.

You can’t dictate to Akufo-Addo; stop the disrespect – Sefwi...
23 minutes ago