Arrest Ahenkorah Like You Did To Ernesto Yeboah – Economic Fighters League 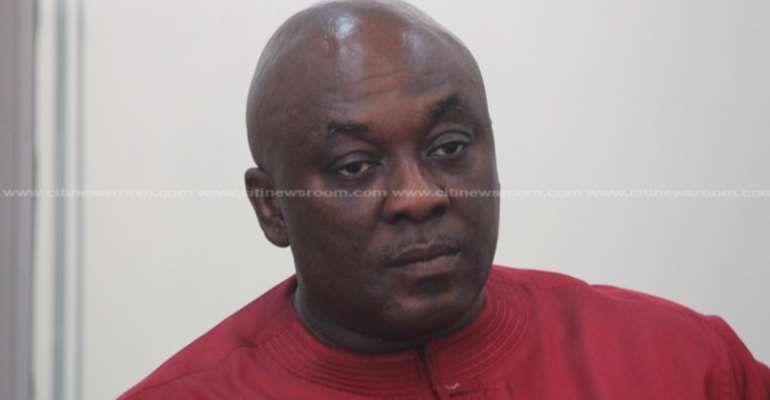 The Economic Fighters League (EFL) has joined calls for the government to press criminal charges against former Deputy Minister of Trade and Industry, Carlos Ahenkorah.

Mr. Ahenkorah resigned from his post following public outcry over his decision to visit a voter registration centre within his constituency despite his COVID-19 positive status.

In a Citi News interview, Fighter General of the League, Hardi Yakubu, said the government's failure to punish the Tema West MP is likely to cause a repeat of the action.

He also insists that Mr. Ahenkorah deserves to be arrested because when his leader, Ernesto Yeboah organized a Black Lives Matter vigil last month, he was arrested and arraigned for failure to comply with COVID-19 restrictions.

Ernesto was released from police custody more than 30 hours after his bail was set by the court.

“The resignation is not enough. Why is somebody who has knowingly gone with a positive case to a pubic place being left off the hook? We showed picture and video evidence showing clearly that we [EFL] indeed complied with the COVID-19 protocols but that didn’t prevent them from still sending Ernesto Yeboah to court. Clearly, this vindicates our position that the law in Ghana punishes people who are in the lower class while the upper-class people are able to flip the law without being held accountable for their criminal actions,” he stated.

Many Ghanaians have condemned the Deputy Trade Minister, and demanded that he is made to face the law even though he has resigned from post.

One of such is the General Secretary of the opposition National Democratic Congress (NDC), Johnson Asiedu Nketia, who says the resignation of the Mr. Ahenkorah is not punitive enough for the harm he allegedly caused.

Already, Pressure group, OccupyGhana had asked for the prosecution of the legislator for violating the COVID-19 protocols.

The pressure group further called on the governing New Patriotic Party to withdraw the candidacy of Carlos Ahenkorah as its parliamentary candidate for the 2020 polls in the Tema West constituency.

But the Communications Minister, Ursula Owusu-Ekuful , is of the opinion that the resigned deputy minister needs not to be prosecuted since there is no evidence that he infected someone during the time he was out of home.

Our members are dying, pay us – Contractors lament
37 minutes ago