Stop The Diabolic Agenda To Disenfranchise Many Potential Voters 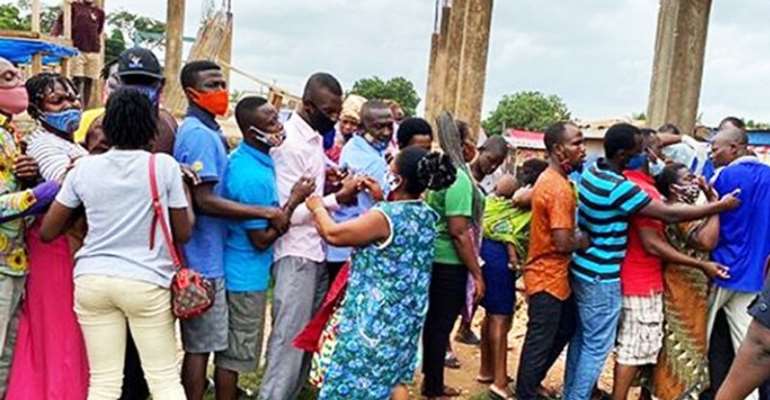 It is very sad that the EC is taking some unilateral decisions without any justifiable reason that obviously has the propensity to disenfranchising many potential voters in the Daffiama-Bussie-Isaa.

The purpose of bringing on a well-defined schedule was to let everybody go by that. Political parties including the NDC were given the schedule and we have since been working with that.

We monitor the registration with the schedules, we sensitize the people to register per the schedule and the process has been without dispute.

What has informed the EC to, all of a sudden, introduce a new schedule without consulting and noticing a major stakeholder like the NDC?

Why was it difficult to consult the District Interparty Advisory Committee?

It is significant to note that many people travel to their respective polling stations to register using the schedule and the U-turn by the EC on its own schedule will frustrate these people who are eagerly waiting to register from Monday, 6th July 2020 the commencing day and date for the second phase.

Only yesterday, we were told that the EC has moved polling stations which were to start their registration on Monday, to August 1st - 6th, a period hitherto planned for mop-up. This was done without any tangible reasons.

Those of us who are in the game can understand the agenda clearly. The intention is to suppress our potential voters in the 13 polling stations which are indisputably and largely, our strongholds.

The decision of the EC is uninformed, it is wicked and needless and must be reversed. The Electoral Commission must play by its own rules and not be changing the same to satisfy the whimsical and capricious agenda by desperate politicians who want to win the DBI seat at all costs.

It must be on record and made known in the public spectacle that, the EC is changing the rules unilaterally to the disadvantage of the NDC in the Daffiama-Bussie-Issa.