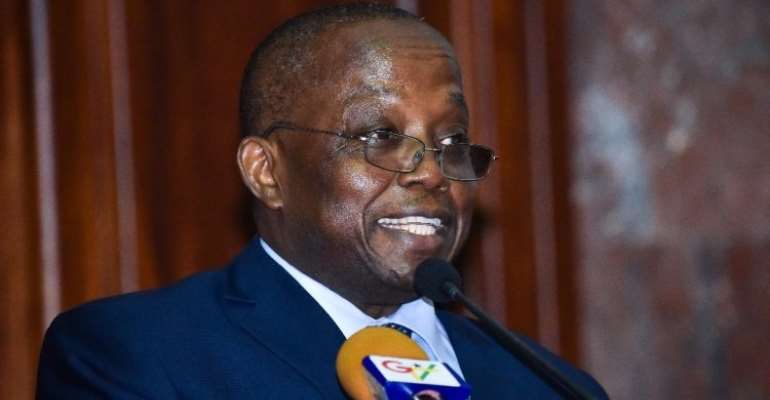 A private legal practitioner, John Ndebugre, believes the President should not have outrightly directed Daniel Domelevo, the Auditor-General, to proceed on his accumulated leave .

Mr. Domelevo, in a response to the President, felt the directive breached the labour law and was unconstitutional.

Speaking on Eyewitness News, Mr. Ndebugre said there was “a point there about the president overreaching and making those directives.”

“Maybe he [the President] should have gone to court to get a court order to compel him [Domelevo] to go on leave.”

As things stand, Mr. Ndebugre said the best course of action was to himself resort to legal action.

“The solution for Mr. Domelevo is also to go to court and challenge the President's right to order him to go on his accumulated leave.”

“What he is trying to do is that he is going to go on this 2020 leave, exhaust it and attempt to come back to office and he will be debarred. He will not be allowed to enter the office.”

The President’s directive was to take effect from July 1, 2020.

Mr. Domelevo had made use of nine out of his 132 annual leave days since assuming office in December 2016.

The first part of section 20 indicates that: “In any undertaking, every worker is entitled to not less than fifteen working days leave with full pay in any calendar year of continuous service.”

Section 31 says: “Any agreement to relinquish the entitlement to annual leave or to forgo such leave is void.”

It also cited as precedent, President John Atta Mills asking the then Auditor-General, Edward Dua Agyeman, to also proceed on his 264 days accumulated annual leave back in 2009. Suspicions of bad faith

As part of the directive, Mr. Domelevo is to hand over his responsibilities to the Deputy Auditor-General, Johnson Akuamoah.

But he feels such a move would have “serious implications for the constitutional independence of the office of the Auditor-General.”

He also noted that several appointees of the President have not taken their annual leave since 2017.

“The directive, therefore, that I proceed on leave, oblivious of the other workers similarly circumstanced, gives the impression that the decision is not taken in good faith,” he added.

Meanwhile, the Office of the President has responded to Mr. Demelevo defending the directive.