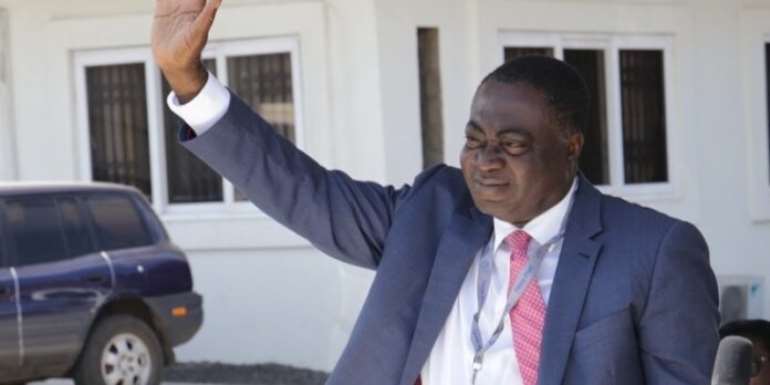 The decision by Mr. Edward Kofi Osei, the New Patriotic Party (NPP) stalwart and longtime resident of the United States of America, not to contest the December 2020 Parliamentary Election as an Independent Candidate, as is being inadvisably suggested by some Asante-Kumawu local chieftains and their partisans, according to media reports, is absolutely and perfectly the right thing to do (See “Go Independent – Kumawu Chiefs to Lawyer Edward Osei After Losing NPP Primary” KasapaFM.com / Ghanaweb.com 6/27/20). Having lived in an advanced democracy like the United States and very likely participated in America’s democratic culture, Mr. Osei may obviously be practically aware of the inestimable power of numbers in a way that may be too esoteric for the clearly narrow-minded pathologically litigious Kumasi chiefs.

Instead, we learn from an aide to Mr. Osei, who was defeated in the recent New Patriotic Party’s Parliamentary Primaries that the defeated candidate intends to healthily rally his support and material resources behind Mr. Phillip Basowah, the parliamentary incumbent who defeated him. According to media reports, Mr. Basowah had been woefully unable to deliver what these local chieftains and their partisans deemed to be their fair share of national development goodies. That may very well be the case. But, of course, it is equally significant to observe that not much development could have been achieved or realized under an unseasonable and virulent climate of perennial chieftaincy disputes, such as have gripped the Kumawu Paramountcy, where many of the fractious factional kingmakers do not appear to know or agree on which bona fide claimants to the Kumawu Stool really qualify and/or deserved to be properly and definitively enstooled.

You see, substantial development can only thrive under a stable and peaceful leadership, not in complete and total chaos, as is clearly being presently witnessed in Yendi and, indeed, the entire Dagbon Traditional Area, with the creative, visionary and definitive settlement of the Dagbon Chieftaincy Crisis by President Addo Dankwa Akufo-Addo. Indeed, some citizens of the Kumawu Traditional Area have vacuously attempted to fault the Akufo-Addo-led government of the New Patriotic Party for their own abject lack of progressive leadership but, in reality, the crux of the problem of development slowdown squarely rests with the traditional rulers of the Kumawu Township and the Kumawu Municipality itself. And the sooner these politically regressive chieftains wisely and maturely take responsibility for their own negative behavior, the better it would serve the material needs and interests of their people. It goes without saying that no progressive and masterful politician feels comfortable and motivated doing business with a people whose leadership does not seem to be able to get its proverbial act together.

At any rate, it well appears that Mr. Osei, the defeated NPP’s Parliamentary Candidate in the party’s most recent primary, fully and wisely recognizes the fact that it is far better to have his party retain power, so that Nana Akufo-Addo and party progressives like Mr. Osei, and even Mr. Bosawah, the Kumawu parliamentary incumbent, can continue to deliver the requisite development projects, resources and programs like the National Health Insurance Scheme (NHIS) and the fee-free Senior High School Policy Initiative, which the Mahama-led National Democratic Congress’ apparatchiks have, characteristically and criminally, threatened to end, in the highly unlikely even of regaining power, thereby reverting the country to the production of massive illiteracy and socioeconomic and cultural destitution. Mr. Osei may also be better off borrowing a paragraph or two from the strategic political playbook of Dr. Owusu Afriyie Akoto, the current Minister for Food and Agriculture, a while back, when the latter lost his Kumasi-Kwadaso parliamentary seat.

Back then, also, Dr. Afriyie Akoto pledged to staunchly support the candidate who had defeated him so that the then-main opposition New Patriotic Party could regain power in order to significantly turn the puttering national economy around, which is precisely what is presently happening. Who knows, a cabinet or ministerial portfolio could very well be awaiting the arrival of a dynamic and progressively minded Mr. Edward Kofi Osei down the pike, as it were.