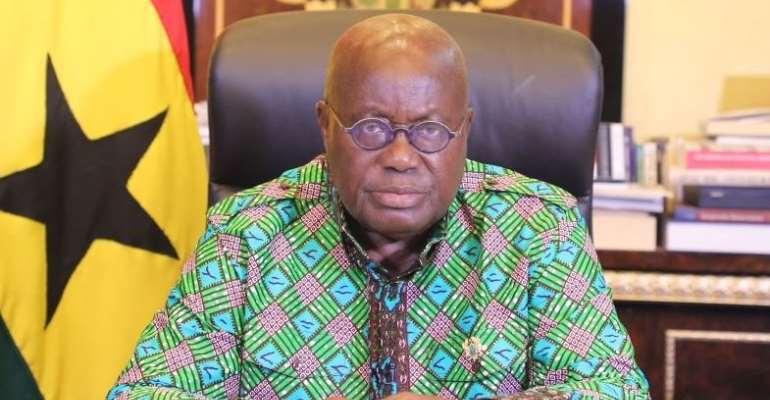 The Office of the President says the claims by the Auditor-General, Daniel Domelevo that the directive ordering him to proceed on his accumulated annual leave breaches provisions of the relevant laws is misleading.

“It is necessary to correct the wrong impression you have sought to create in the public domain regarding the President’s directive to you to proceed on your accumulated annual leave. The President has at all times acted based on sound legal principles, the rule of law, and good governance practices, and the good people of Ghana will not be misled by your lack of understanding of the position of law, for which you may be forgiven since you are not a lawyer,” a letter from the Presidency said.

The letter, signed by the Secretary to the President, Nana Bediatuo Asante was in response to a letter the Auditor-General wrote to the Presidency in protest of a directive for him to take his 123 accumulated annual leave.

Mr. Domelevo who felt the directive was ill-conceived urged the President to reconsider the decision.

In the letter, he argued that, based on recent labour law and practice, “no worker is deemed to have accumulated any leave on account of their having failed, omitted, neglected or even refused to enjoy their right to annual leave, which the law guarantees for their benefit, not the employer.”

“I consider it an honour to be of service to the State and urge that you reconsider the directive in order to protect the sanctity of the labour law, the constitution and the independence of the Auditor-General which is of utmost importance in so far as ensuring that the constitutional principles of probity, transparency and accountability are concerned,” he added.

He also noted that the Presidency “must have been aware also that several appointees of the President, have not, since the year 2017 taken their annual leave to date.”

“The directive therefore that I proceed on leave, oblivious of the other workers similarly circumstanced, gives the impression that the decision is not taken in good faith,” he added.

Despite making such complaints, Mr. Domelevo said he proceeded on leave on July 1, as directed, but that will cater for the year 2020 instead.

“I write to notify you that, I started my leave for the year 2020 on 1st July out of deference to the Office of His Excellency the President of the Republic of Ghana and also out of the deep-seated respect I have for the office.” Presidency responds

In response, the Presidency insisted that the directive to Mr. Domelevo was apt and thus extended the leave period by 44 days to cater for the year 2020.

“First of all, for the avoidance of any doubt, your accumulated annual leave of 123 working days, which you were directed to take with effect from Wednesday, July 1, 2020, was in respect of the period 2017 to 2019, which you had worked without taking any annual leave and did not include 2020. If, however you have decided to include your annual leave for the year 2020, then it is expected that you will resume work after a well-deserved leave of 167 working days, with effect from July 1, 2020.”

On the matter relating to the legality of the directive, the letter signed by the Secretary to the President, Nana Bediatuo Asante maintained that the Auditor-General has no knowledge in law and thus his perception of the directive being an affront to labour laws is extremely misleading and unfortunate.

It said the government’s decision is well-grounded in law and that, Mr. Domelevo lacks a proper and legal understanding of his legal entitlements.

“As you are well aware, the power to appoint the Auditor-General is vested in the President and the appointment is done in accordance with article 70 of the Constitution. Per article 297 (a) of the Constitution, that power to appoint includes the power to ‘exercise disciplinary control over persons holding or acting in any such office’. Thus, to the extent that you fail to comply with a basic term of your appointment such as taking annual leave, the President has the power to exercise disciplinary control over you to ensure that you comply with the terms of your appointment. The exercise of that constitutional power vested in the President does not affect the independence of your office, which the Constitution so rightly guarantees.”

“Accordingly, the directive of the President stands as amended above to the 167 working days with effect from 1st July 2020. While this letter is being sent to you through normal channels, we have taken the liberty to publish it publicly in the same medium by which your letter came to our attention. Please accept the President’s best wishes”, the statement concluded. 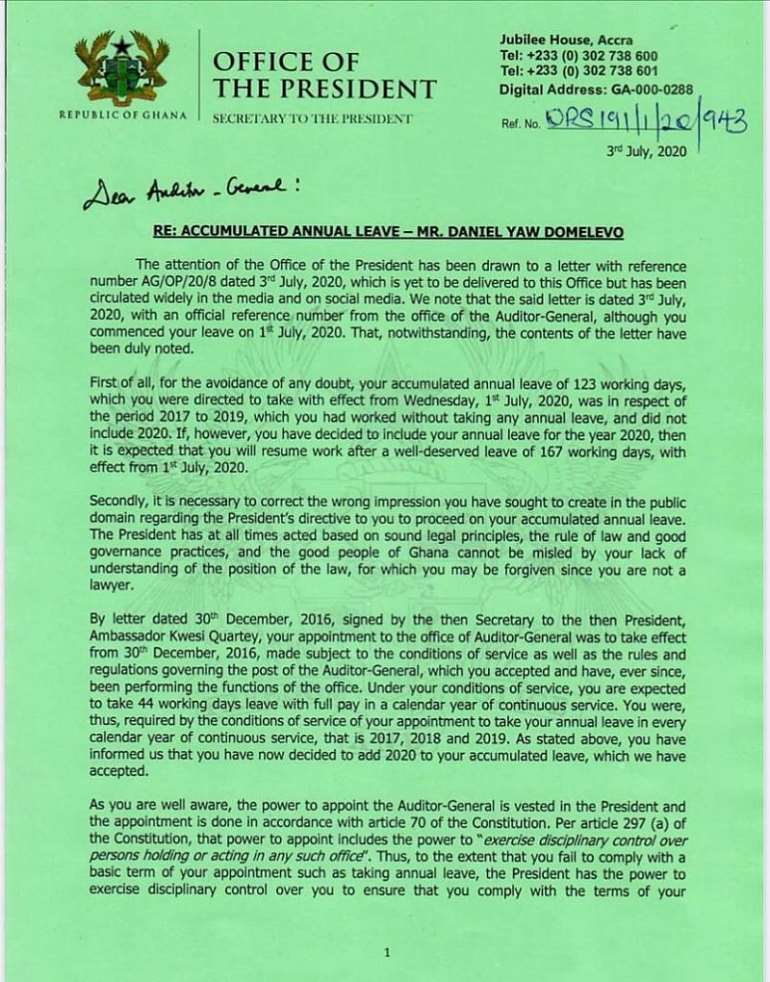 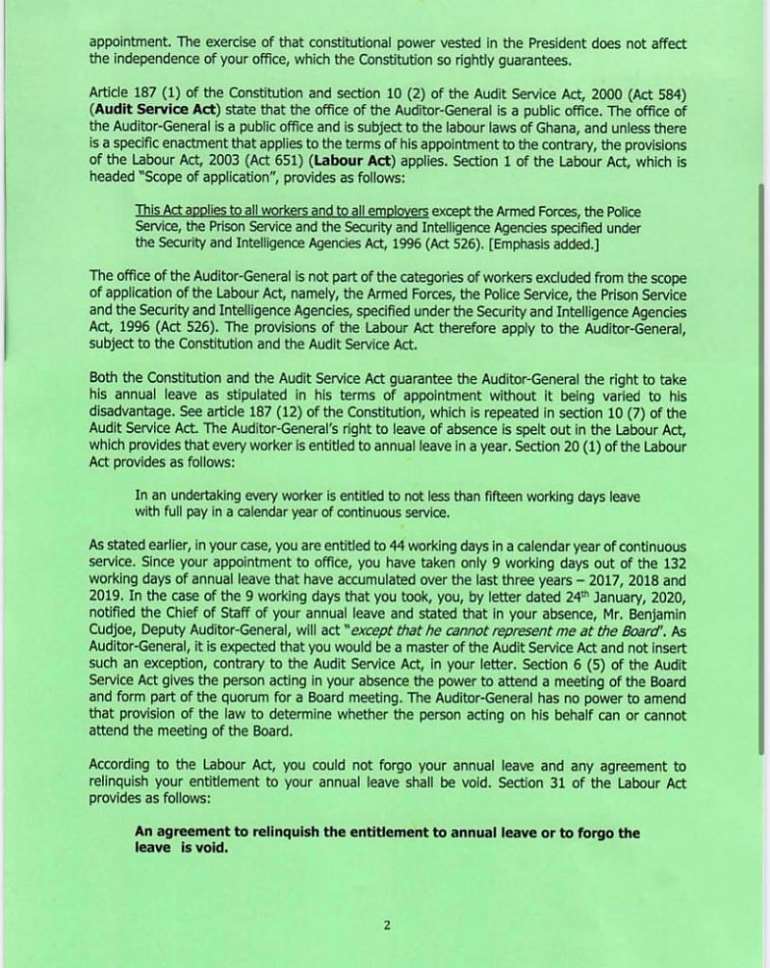 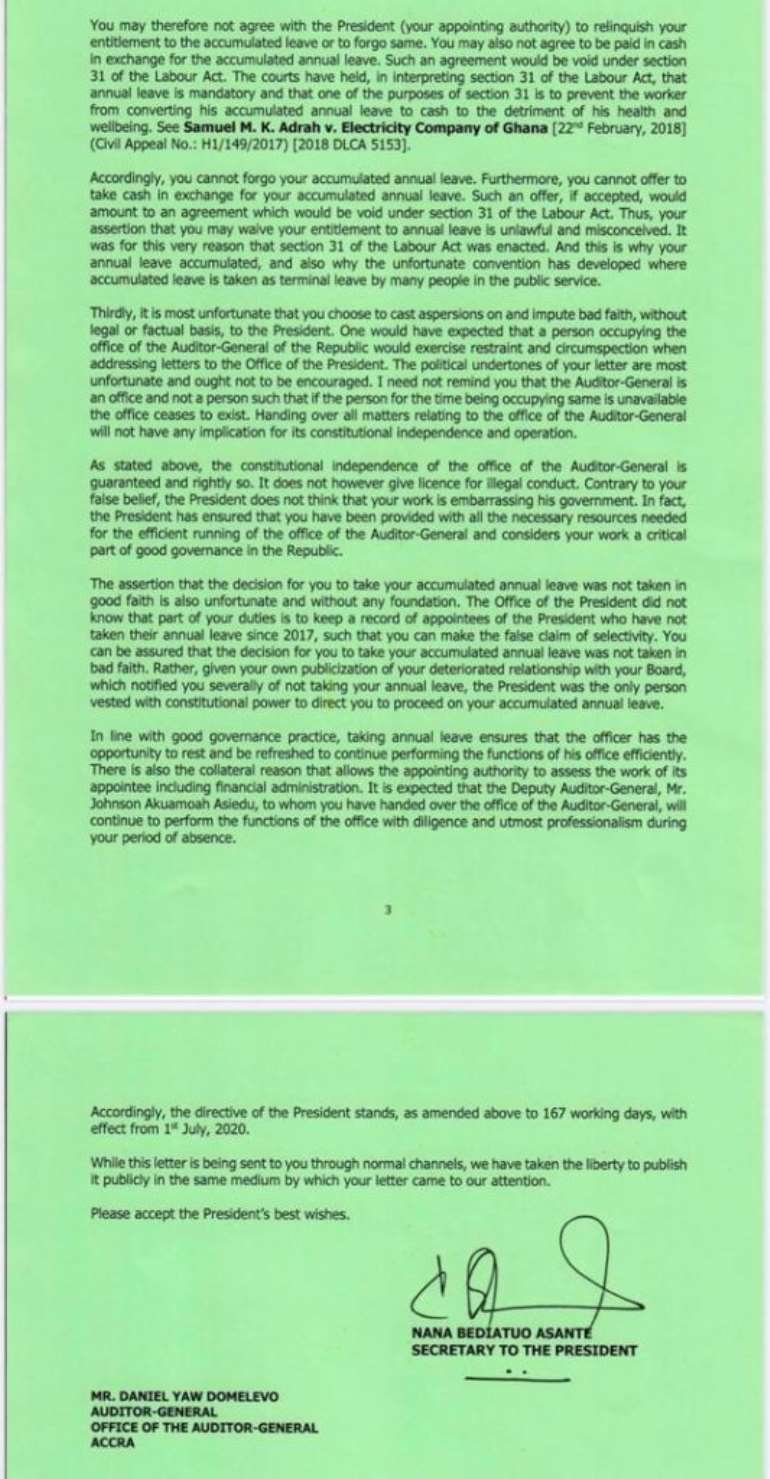