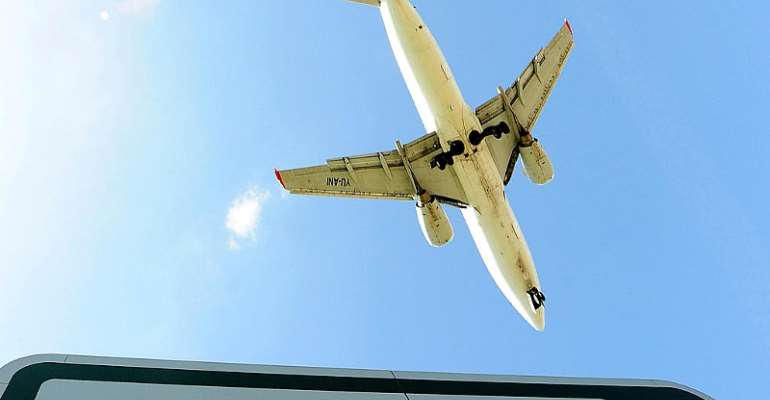 Travellers from more than 50 countries including France, Italy and Spain -- but not the United States -- can stop self-isolating on arrival in England from 10 July, according to the UK government said Friday. Scotland, Wales and Northern Ireland will announce their own separate rules at a later stage.

Britain's Transport Secretary Grant Shapps said the change, which reverses a two-week quarantine policy imposed in June, to stop the spread of the coronavirus.

"Today marks the next step in carefully reopening our great nation," said Shapps.

Under the new rules, a traffic-light system -- red, amber and green -- would be used for different countries depending on their prevalence of the coronavirus.

Self-isolation would only be imposed if the visitor had been in or travelled through non-exempt countries in the preceding 14 days.

All people arriving in England would still have to fill out a locator form, Shapps said.

Shapps said Greece would not be on the amber list to begin with, because it was currently not allowing flights from the UK.

Scotland, Wales, Northern Ireland undecided
Green countries are deemed to be safer than England, such as New Zealand.

There would also be a red list of countries, including the United States, for which restrictions would remain in place.

The government had hoped to introduce the system across all four UK regions, but leaders were not able to come to an agreement in time.

"We can't allow ourselves to be dragged along in the wake of another government's, to be quite frank about it, shambolic decision-making process," she said at her daily coronavirus press briefing.

Boost for tourism
Meanwhile, tourism and aviation industries have expressed relief after the announcement.

In a statement, budget airline EasyJet said: "This would be an important move in the reopening of aviation, to support the wider UK recovery."

A Virgin Atlantic spokesperson said it was waiting for further details in the government's announcement and said it was "continually reviewing our flying programme".

Shapps told the BBC that a full list of "50-plus" countries would be published later on Friday.

Meanwhile, British prime minister Boris Johnson is urging people to act "safely and sensibly" on Saturday when lockdown is eased in England.

Easing of lockdown, except Leicester
Many businesses in the UK are preparing to re-open, including restaurants, pubs, hairdressers and cinemas, closed since March.

However, at a press conference on Friday, Johnson warned "we are not out of the woods yet" when it comes to the virus.

A case in point is the city of Leicester which went into local lockdown on Monday following a spike in Covid-19 cases.

The United Kingdom has reported nearly 44,000 deaths from the virus so far, most of them in England.

A Distressful Experience with the Covid-19 Management/Contai...
19 minutes ago