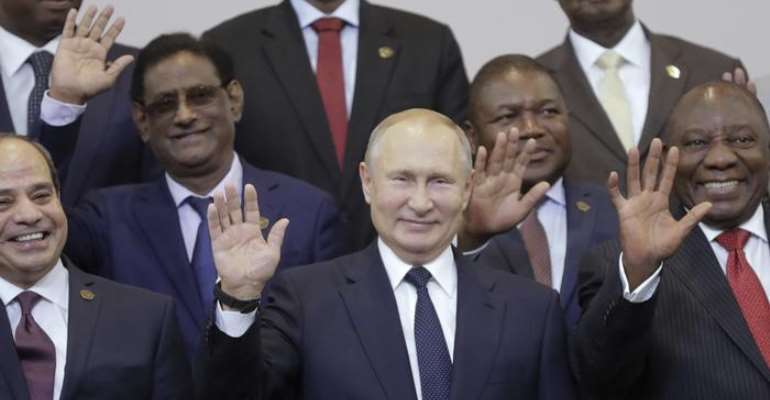 In a sign of the continent’s increasing importance for Russia, its president, Vladimir Putin, held the first Russia-Africa summit in October 2019

Ignoring the geo-political overtones from Deutsche Welle (see link below), the article does discuss Russia’s role in helping Africa to build nuclear energy plants, which are vital for the continent. Over 600 million Africans lack access to electricity. Over 1,000 gigawatts of additional power is urgently required. Nuclear power is the most efficient energy to perform work and power an industrialized economy, as well as an optimal energy source to desalinize water. Without abundant accessible electricity, Africa will not develop, and poverty and food shortages will continue. Production of energy and the elimination of poverty are essential for fighting COVID-19 and reducing all diseases in Africa, including cholera.

“Rwanda’s parliament has just approved a plan for Russia’s state-owned Rosatom nuclear conglomerate to build it a nuclear research center and reactor in the capital, Kigali.

“The Center of Nuclear Science and Technologies, planned for completion by 2024, will include nuclear research labs as well as a small research reactor with up to 10 MW capacity.

“Ethiopia, Nigeria and Zambia have signed similar deals with Rosatom, while countries such as Ghana, Uganda, Sudan and DRC have less expansive cooperation agreements…

“Rwanda’s planned research reactor will also be used to manufacture radioisotopes, according to Rosatom. Radioisotopes have many applications from irradiating food to increase its shelf life to helping diagnose tumors or heart disease.

“Such research reactors have “definite advantages” in fields such as nuclear medicine, nuclear scientist Michael Gatari, a professor at the University of Nairobi, told DW.

“In addition, on a continent where more than half of the population lack access to electricity, there is “immense potential” for nuclear to provide a clean source of energy to meet Africa’s large energy deficit, the Center for Global Development study, Atoms for Africa, found.

“In the long term, a nuclear reactor generates electricity cheaper than we are paying now. It is also stable and produces no carbon emissions,” Gatari said in a phone interview from Nairobi.”

In my interview with PressTV, Watch: Ending Conflict in Libya Requires New Thinking, I discussed the necessity for a new approach to end the war in Libya. The West turned Libya into a failed state in 2011. Armies on the ground competing for territorial control will not be able to restore Libya’s sovereignty.