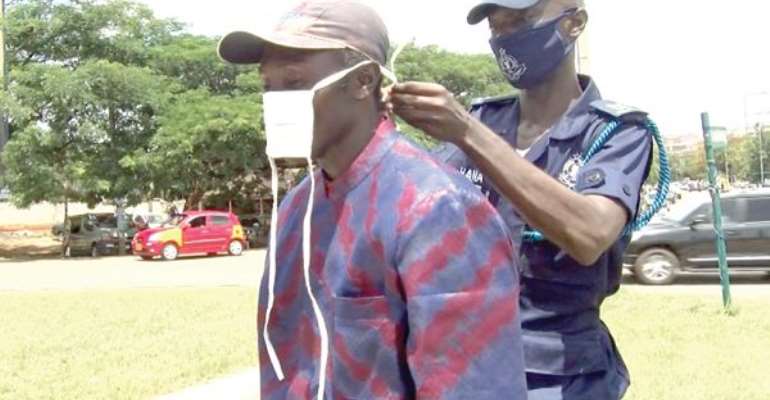 Two persons have been arrested for failing to comply with the wearing of nose masks directive at the Northern Regional Command on July 2.

The two suspects Isaiah Sunrise 25yrs, Ibrahim Musah 60yrs, were arrested at the forecourt of the Regional Police Headquarters, Tamale.

The Northern Regional Crime Officer, Supt. Otuo Acheampong who confirmed the arrest to DGN Online said the suspects were cautioned, charged and released on bail to appear before the Tamale Circuit Court on July 3.

President Akufo Addo signed an Executive Instrument (E.I. 164) as part of measures to help prevent the spread of Covid-19 pandemic and failure to wear face masks in public is an offence with a prison sentence of 4-10 years or a fine of GH¢12,000-GH¢ 60,000 or both.