French Open tennis tournament to be played in front of fans 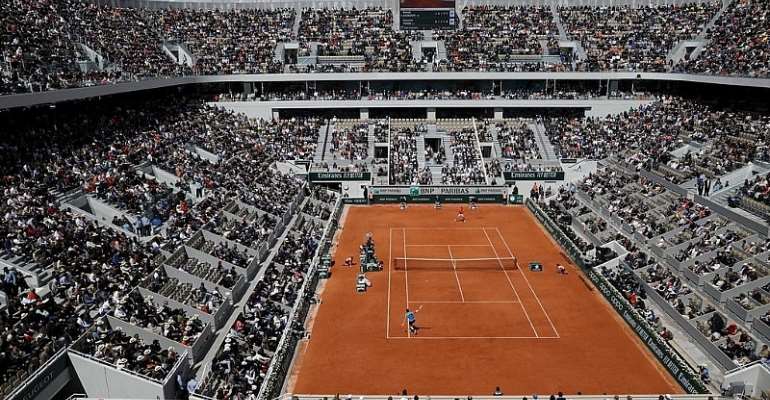 French tennis chiefs have announced that up to 20,000 people will be allowed to attend each day of this year's French Open in Paris in September despite the continuing threat of the coronavirus pandemic.

Nearly 30,000 people have died in France from the disease since January with more than 165,000 confirmed cases.

Professional sports leagues were terminated in April as part of the government's effort to stem the spread of the pandemic and the second of the tennis season's most prestigious tournaments was rescheduled from its traditional date at the end of May to September 27.

"The number of spectators allowed inside the stadium will be 50 percent to 60 percent of its usual capacity," the French tennis federation (FFT) said in a statement. “That will allow us to ensure the barrier measures are respected.”

Crowds
Last year more than 500,000 people jiggled and jostled around the Roland Garros stadium on the western fringes of Paris.

Nearly 15,000 watched those showdowns on centre court. The FFT said up to 10,000 people would be able to watch the finals in 2020 depending on the coronavirus in the prelude to the competition.

“If the situation requires more stringent hygiene standards that force us to reduce the number of spectators on site, the tournament organisers will refund any supplementary tickets sold," the FFT added.

During the fortnight of play, spectators will be obliged to wear face masks and observe the government's rules on distancing.

One seat will be left empty between each group of fans on the show courts with a maximum group of four people allowed to sit together. Every other seat will be vacant on outside courts.

Behind closed doors
Even if only half the usual number, at least fans will be able to add ambiance in Paris.

None will be at the US Open in New York. Normally the final of the four Grand Slam events, it will start on 24 August but will be played behind closed doors. Organisers have cancelled the qualifying event and reduced the draws in the doubles events at Flushing Meadows.

The men's and women's tours have been on ice since March. However over the last month, several exhibition events have been organised to help players shake off the dust.

Most passed without incident or fanfare. However, the Adria Tour, organised by the world number one Novak Djokovic provided a grim tale.

After the high spirits and very public partying in Djokovic's hometown of Belgrade, the final leg of the four-nation sweep of the Balkans was cancelled amid apologies from Djokovic for flagrantly disregarding health protocols.