By Leon Mutesa - The Conversation 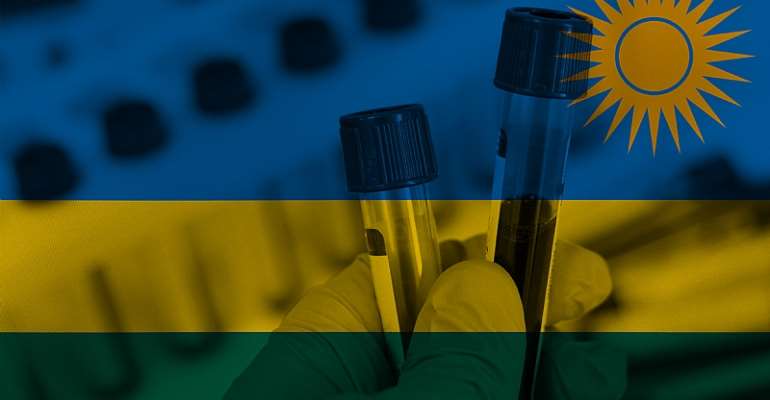 Many countries in East Africa have turned to contact tracing and carrying out COVID-19 tests on thousands of individuals as a way of monitoring and trying to limit transmissions of the new coronavirus. In Rwanda, they have been investigating how they can scale up testing significantly. But instead of testing every person – which would require millions of tests – they have turned to a different strategy: pooled testing . Leon Mutesa explains to Moina Spooner, from The Conversation Africa, how this works.

What is pooled testing and what has it been used for before?

Pooled testing is when samples of several people are combined in a single tube and tested using molecular biology detection methods all at once: if the results from the pool test are negative, all patients in the pooled sample are declared not to have COVID-19 ; if the results of the pool are positive, each patient sample is tested individually.

The pooled testing strategy is appealing, particularly when test availability and financial resources are limited.

Pooled testing was initially developed, in 1943, by Robert Dorfman , an American economist to test US army drafts for Syphilis. The strategy has since then been used to test for sexually transmitted infections, malaria, as well as in blood banking.

Pooled testing is most efficient when applied in settings of low virus prevalence. Because if the virus is too widespread it'll always show as positive so individual testing will have to happen anyway.

In African countries, the COVID-19 infection prevalence is still low in comparison to other parts of the world. For this reason only a few countries – such as Ghana – have opted to use the pooling approach for massive testing. To better track the spread of COVID-19, the US is now also considering pool testing in certain parts of the country where numbers are lower.

Read more: Group testing for coronavirus – called pooled testing – could be the fastest and cheapest way to increase screening nationwide

What are the advantages and disadvantages of using this method?

The two main advantages of pooled testing are substantial reduction of cost and major decrease of turn around time for results delivery, especially in settings with limited capacity.

The detection methods used for SARS-CoV-2 testing are expensive, a test in most countries ranges from US$30 to US$100. By pooling, for instance, 20 to 50 samples together, you save a lot of resources.

Secondly, SARS-CoV-2 testing is time-consuming because of the fairly complex molecular biology approach. Therefore, by combining several samples, there is a possibility to reduce the turnaround time drastically when pooling 20 samples together.

Another advantage of pooled testing is that it permits detection of asymptomatic people, which leads to early management and breaks the chain of transmission of the virus. Because pooled testing allows you to test many people, you can have a clearer picture of your epidemiological data profile.

The disadvantage of pooled testing is that there might be a decrease in the test sensitivity. For instance, patients with a recent infection tend to have a low viral load, and because of the dilution effects of mixing samples, there is a possibility to miss a positive case. However, false negatives are possible with any Polymerase Chain Reaction (PCR) based test, also used for SARS-CoV-2 testing. It is therefore advisable to retest a patient on whom there is a high clinical suspicion of COVID-19 infection even if the first test was negative.

The algorithm for pool testing in Rwanda was developed by my colleague, Professor Wilfred Ndifon, and validated by myself in our COVID-19 laboratory testing. This is a complex mathematical model that comes up with the optimal group size to test for SARS-CoV-2.

Group testing is most obviously effective when there are no infected individuals at all. When the samples from a group are pooled and tested together, one test is enough to show that no-one is infected. We developed our method so that an optimal group size is chosen that will show a negative result on the first test.

Our research showed that a pool-size of 20 and 50 samples are more efficient for accurate results. Most of the tested samples come from the community outreach programmes and is done following government directives. The target groups include markets, banks, prisons and other mass gathering groups.

Rwanda's public health response to COVID-19 has been robust and rapid, as a result there've been relatively low numbers. Sample pooling is now used for cost effective, large scale, serial testing in Rwanda to understand the spatial spread of SARS-CoV-2 at a national level. It will also help to identify new infection hotspots to enable a rapid response by public health officials.

Is this a strategy that other countries can use?

Definitely. Testing is central in informing COVID-19 situation for every country. When you test, you identify cases, manage them, decrease morbidity and mortality, curb the spread, and ultimately stop the pandemic.

The most striking consequence of our approach is how quickly the cost of testing the whole population falls as the prevalence declines given the lowering transmission rate. This should incentivise decision-makers to act firmly in the early phases of the pandemic. Although driving the prevalence down initially is costly, maintaining a low prevalence thereafter and, indeed, eliminating COVID-19 altogether will become progressively more affordable.

Then, this approach may be used by all countries including low and high income countries to reduce massive testing related-cost in all groups including even schools.

Leon Mutesa does not work for, consult, own shares in or receive funding from any company or organization that would benefit from this article, and has disclosed no relevant affiliations beyond their academic appointment.

By Leon Mutesa, Professor of Human Genetics, University of Rwanda