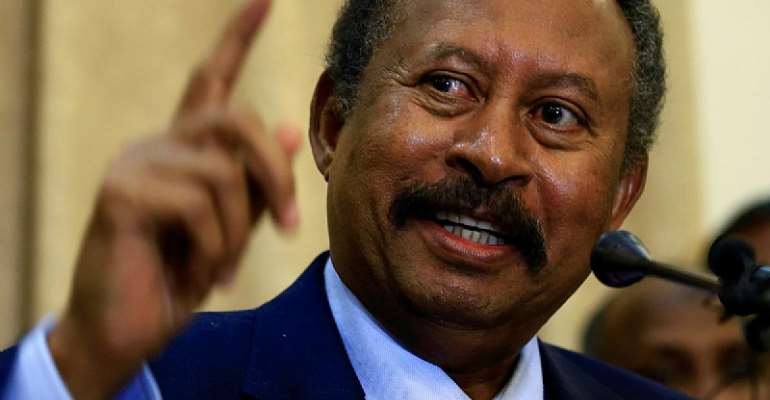 During several years of Omar al-Bashir administration, Sudan's economy was largely shattered due to political tyranny, deep-seated corruption, and poor policies. According to the Corruptions Perception Index, Sudan is one of the most corrupt nations in the world. Sudan has a population of 43 million (2018 estimates), nearly 80% live far below the poverty line despite its boast of natural resources including huge oil deposits.

While historically agriculture remains the main source of income and employment hiring of over 80 percent of Sudanese, it makes up a third of the economic sector. But most farms remain rain-fed and susceptible to drought. Instability, adverse weather and agricultural prices consistently ensure that majority (farmers) among the population will remain impoverished for years.

Last year, the world watched in admiration as hundreds of thousands of Sudanese men and women took to the streets to demand a change in one of the world's most brutal dictatorships. As months of protests led to the fall of al-Bashir's regime in April 2019 and the rise of the first civilian government in over 30 years. As a result, the Sudanese people showed the world that peaceful change was possible.

With the new administration that came after al-Bashir, Sudan still faces formidable economic problems, and its growth still a rise from a very low level of per capita output. In practical terms, it is desperate for foreign support and one surest way was to get to a donors conference held in Berlin, Germany.

According to experts, Sudan's economic outlook has not been encouraging: the country's vast resources were systematically plundered by the old regime. The current global crisis puts the achievements of Sudan's peaceful revolution in jeopardy. The donor conference was to provide a lifeline to the ongoing transition, alongside Sudan's own efforts. It is worth to say that increased international political and financial assistance remain paramount.

That was why, on June 25, the United Nations, the European Union, Germany and Sudan convened an international conference, via video conference. The aim was the following: the Sudanese Government commits itself to carry the 2019 revolution forward. In return, almost 50 countries and international organizations are offering Sudan a partnership to support the country throughout the political transition up to the elections in 2022.

The goal was to also raise enough funds to kick-start social protection programs by the World Bank and the Sudanese Government that could help Sudanese families in need. The partners supported the International Monetary Fund to open up Sudan's road towards debt relief. Some 50 countries and international organizations pledged more than $1.8 billion, while the World Bank Group offered a grant of $400 million.

"This conference opened a new chapter in the cooperation between Sudan and the international community to rebuild the country," German Foreign Minister Heiko Maas said at the video conference co-organized by Germany with Sudan, the European Union and the United Nations.

Berlin promised to make investments in in areas such as water, food security and education. Germany has urged the Sudanese government to invest in human rights. Germany said that it would contribute €150 million ($168 million) in aid to the sub-Saharan nation of Sudan.

The decision comes as part of a one-day donor teleconference hosted by Berlin and attended by several western governments, the UN Secretary-General, international financial institutions and wealthy Gulf oil producers.

Germany intends to spend €118 million to support Sudan in areas such as water, food security and education, while a further €32 million allocated to humanitarian aid and stabilization.

"The most important thing now is to strengthen the economy, especially agriculture, and to support the poorest people in the country. For the country has potential: it could become Africa's breadbasket," Müller said, noting that Sudan's agricultural land mass is as large as that of France.

The German Government expects the Sudanese transitional government to continue on a path of reform. Müller urged the government to ensure religious freedom and to work to grant full equality for women.

Germany's contribution was part of a total of €1.325 billion pledged by Western and Arab countries. The EU said it will contribute €312 million, the United States €318 million, and France €100 million for various projects, among them cash transfers to families living in poverty, with the help of the World Bank, officials said at the online event. The United Kingdom pledged €166 million and the United Arab Emirates €268 million.

"The people of Sudan have shown extraordinary courage & determination in their quest for change & peace," UN Chief Antonio Guterres said in a tweet. "But unless the international community mobilizes support quickly, Sudan's democratic transition could be short-lived, with profound consequences in the country & beyond," he added, underscoring the financial help the new government needs to stay afloat.

Sudan's Prime Minister Abdalla Hamdok called the conference "unprecedented" and said it laid a "solid foundation for us moving forward" at least in the subsequent years.

Sudan's new transitional government has sought to repair the country's international standing, but it still faces daunting economic challenges more than a year after Bashir's ouster. The International Monetary Fund says Sudan's economy "contracted by 2.5 percent in 2019 and is projected to shrink by eight percent in 2020" because of the pandemic. Other challenges include galloping inflation, massive public debt and acute foreign currency shortages.

In addition to saving the economy, the conference direct help, also envisaged to enhance Sudan's efforts to tackle COVID-19. The pledges included $356 million from the United States, which voiced optimism for a resolution directed at Sudan be delisted as a state sponsor of terrorism. Washington first blacklisted Sudan in 1993.

"This conference marks the start of a process, which will be followed by subsequent engagement by the international community to take stock of the progress made by Sudan in implementing reforms and to allow its partners to adapt their support accordingly," the conference's concluding statement said.

In reality, the world will be watching to see noticeable changes in Sudan. On 30 June 1989, when Omar al-Bashir took power, Sudan had the same GDP as South Korea. For a period of 30 years, the country seems to remain at the same level or even worse before independence. Now Prime Minister Abdalla Hamdok has to show the dynamics of exemplary leadership, accountability, and transparency. These have to reflect on the future development of Sudan and for the Sudanese.

The truth is that how very complex and multifaceted this maybe requires the art-of-state management and pursuit of good policies that can address huge economic reconstruction and sustainable development issues. After this donor conference, Sudan has to move speedily away from the phase of stagflation, a term experts used describing the economy.

In the Horn of Africa, Sudan has also had a troubled relationship with its neighbors. South and South Sudan have signed an agreement sharing the oil deposits, but both still have conflicts. Bordered in the north by Egypt and southeast by Ethiopia, the country has to adopt a more refined attitude to its neighboring states in the East African Community (EAC).