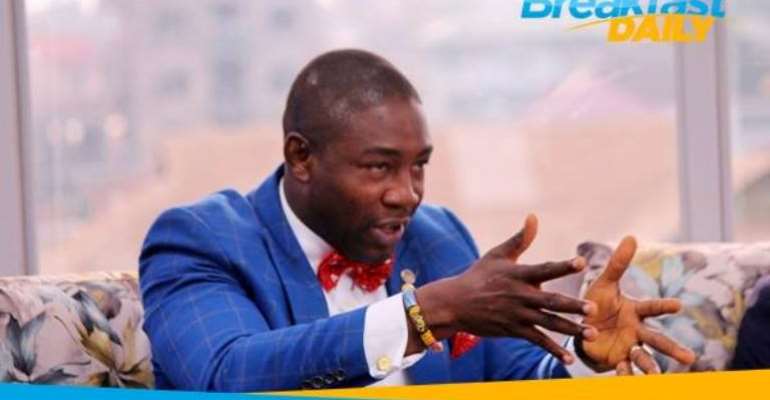 A Deputy Minister for Health, Dr. Bernard Okoe Boye has justified government's decision to comply with the World Health Organization’s (WHO) recommendation to discharge persons with COVID-19.

According to him, the World Health Organization made the declaration based on new prevailing scientific knowledge of the novel coronavirus which has not yet been contested by any credible scientific institution.

Dr. Okoe Boye who was addressing the press after a working visit to the Volta Region said Ghanaians should be ready to adapt to new knowledge in the era of this pandemic.

“WHO which told us to use two negatives has come again to tell us that if you continue to use two negatives, you might be wasting a lot of time and resources on chasing something which doesn’t exist. A study from Singapore and other countries in Europe show that a positive test after ten days doesn’t mean contagiousness. And remember, we were keeping people at isolation centres for about six weeks. Then they’ll be complaining about being strong, but being kept at the centre. We were keeping them because we were following earlier knowledge. But there is a modern one which tells us that after two weeks of being held for COVID-19, if you step out, you cannot infect anybody,” he stressed.

This comes as one of the numerous times the government or an official from the Ghana Health Service has risen to defend the country’s new discharge policy.

The Ghana Health Service had earlier defended its decision to adjust the discharge guidelines.

According to them, rising costs of testing, clogging of isolation and treatment centres and rising maintenance costs account for the new COVID-19 discharge policies.

The Special Advisor on Health at the Presidency, Dr. Anthony Nsiah Asare has also noted that there is no cause for alarm post the new policy as it is a recommendation that has been tested and proven in other countries.

The policy, which is in line with the World Health Organization's revised recommendations allows for asymptomatic COVID-19 persons to be discharged after 14 days without a test.

Prior to the new scientific evidence which informed the new discharge guidelines, infected persons on treatment were required to record two consecutive negative tests before they were discharged even if they showed mild or no symptoms after 10 to 14 days.

Following the announcement on June 18, over 13,000 persons at various treatment centres have been discharged by the Ghana Health Service (GHS).

The latest figure released by the GHS showed about 13,326 cases being subjected to the latest recovery guidelines as recovered, leaving Ghana with 4,361 active cases.

The development has raised concerns about a second wave of infections in the country.

A former General Secretary of the Ghana Medical Association, Dr. Koma Jehu Appiah has questioned the basis for the reviewed COVID-19 discharge policy.

Dr. Jehu Appiah, who is also a member of the NDC's COVID-19 team says the government's decision to adopt in wholesale the WHO's recently released standardized discharge policy is unscientific.

A Biostatistician and a lecturer at the Department of Biostatistics at the University of Ghana, Dr. Duah Dwomoh, has also condemned the government for its new guidelines for discharging persons infected with COVID-19.

He described the new protocols as “terrible” and could lead the country “into a serious situation”.

Speaking to Citi News, he explained that due to the dynamics of COVID-19, persons infected might not show symptoms, but transmit the virus which makes it deadly, insisting that the perception of asymptomatic persons not transmitting the virus is “wrong”.