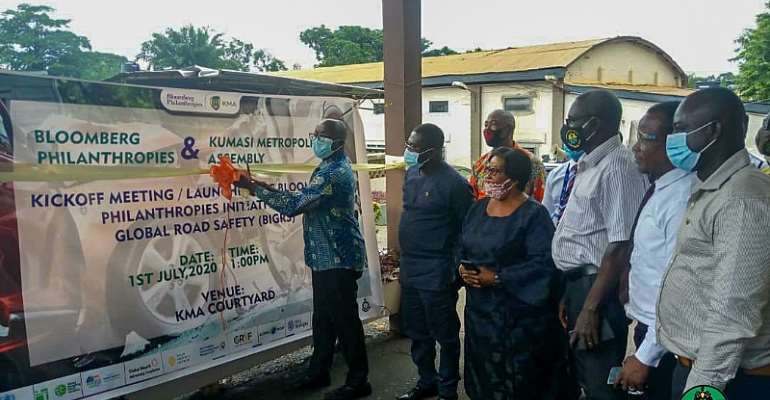 The Kumasi Metropolitan Assembly (KMA) and the Bloomberg Philanthropies Initiative for Global Road Safety today, Wednesday, July 1, held a kick-off meeting marking the official start of six years of support toward the prevention of road traffic crashes in Ghana's second-largest city and capital of the Ashanti Region; Kumasi.

The initiative will pay particular attention to the prevention of crashes that lead to injuries and loss of life.

The virtual kick-off meeting included the participation of the Mayor of Kumasi, Mayor Osei Assibey-Antwi, Metro Coordinating Director for KMA, Akuamoah Boateng together with six other Municipal Chief Executives from various municipalities within the city of Kumasi.

Representatives from the Bloomberg Philanthropies health team, Kelly Larson and Becky Bavinger, and other partner organizations who are now officially supporting work in the City of Kumasi also participated in this virtual meeting.

With support from the Bloomberg Philanthropies Initiative for Global Road Safety (BIGRS), the city of Kumasi now has a team of specialized technicians, in addition to an international network of organizations, which support the work of the municipal government in improving data management, infrastructure, inspection, enforcement and communication.

The partners will offer technical and financial support to the city to implement strategies proven to be effective in preventing road traffic deaths and injuries, in line with the best international practices in the area.

“We are delighted to welcome Kumasi as one of 30 cities that will participate in the Bloomberg Philanthropies Initiative for Global Road Safety, a network committed to reducing the deaths and injuries from road traffic crashes,” said Kelly Larson of Bloomberg Philanthropies. “Every year more than 1.35 million people are killed on the world's roads. 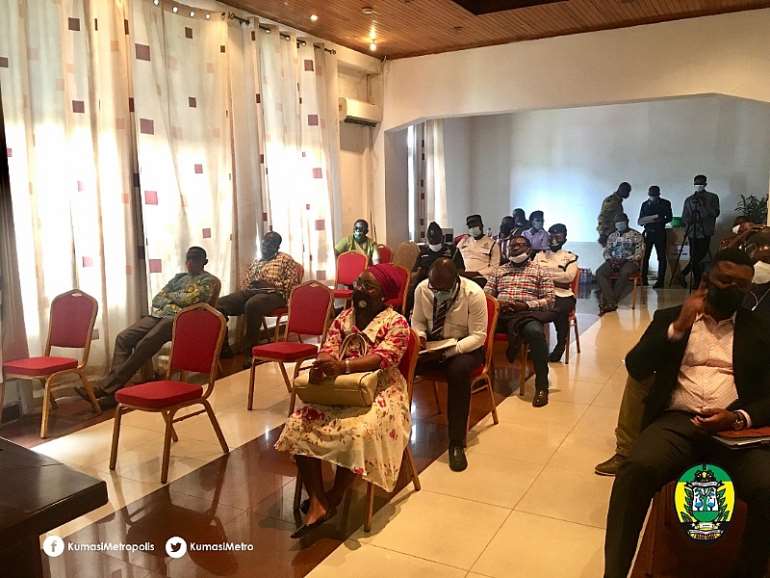 By implementing proven evidence-based, data-driven interventions, these deaths are nearly entirely preventable. We applaud Mayor Osei Assibey-Antwi for taking the steps needed to save lives.”

In his remarks, Mayor Osei Assibey Antwi thanked the Bloomberg Philanthropies for extending a hand of help to the city of Kumasi in the area of road safety.

“The KMA is happy to partner with Bloomberg Philanthropies on this important mission of reducing crashes and saving lives. The statics show that crashes and its related deaths and injury are on the rise in the city.

We need our city to be safe for all its citizens as we commute on our roads daily. We will work to the best of our ability on this partnership to ensure the reduction of road traffic injuries and deaths in Kumasi”.

This third phase of BIGRS, which begins in 2020 and lasts six years, includes the participation of cities in Argentina, Brazil, Colombia, Ecuador, Ethiopia, India, Uganda, and Vietnam, among others. 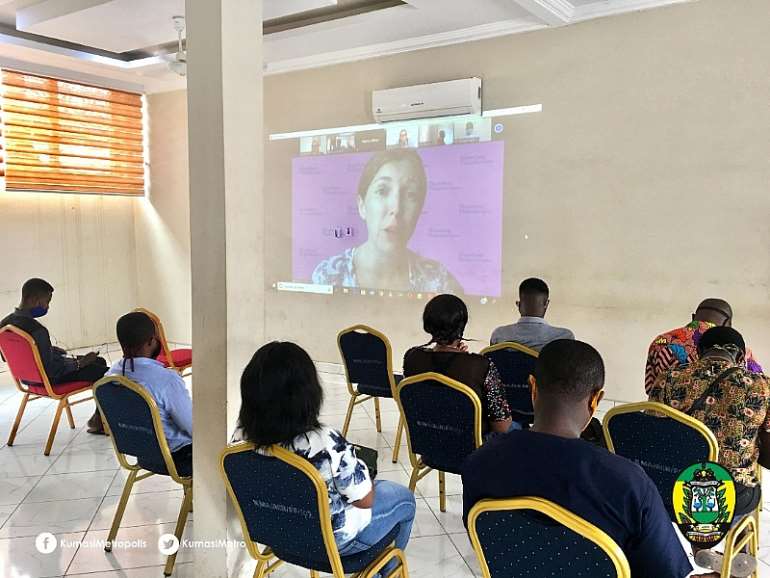 Based on the success of 12 years of investment in road safety, Bloomberg Philanthropies announced in February, during the 3rd Global Ministerial Conference on Road Safety, organized by the World Health Organization (WHO) and held in Stockholm, Sweden, a doubling of its support for global road safety, securing another USD $ 240 million between 2020 and 2025 to save another 600,000 lives and prevent up to 22 million injuries in low and middle-income countries around the world, such as Ghana.

The six-year reinvestment in BIGRS is expected to double the impact of these life-saving measures. Since 2007, the initiative has saved nearly 312,000 lives and prevented up to 11.5 million injuries.

Road traffic injuries are the 8th leading cause of death worldwide and the number one in deaths among people between the ages of 5 and 29 years old.

More than 1.35 million people die and up to 50 million are seriously injured in traffic crashes each year. In addition, economic losses are devastating – a report recently released by the World Bank found that halving traffic deaths and injuries could add 7-22% to GDP per capita in 5 selected low- and middle-income countries over the next 24 years.

To prevent road crash injuries and fatalities, BIGRS is collaborating with local stakeholders to save lives through proven interventions that focus on four major risk factors (speeding, drink driving, helmet wear and seatbelt wear/ child restraint) with speeding as the focal risk factor to be tackled extensively across all BIGRS cities around the world. 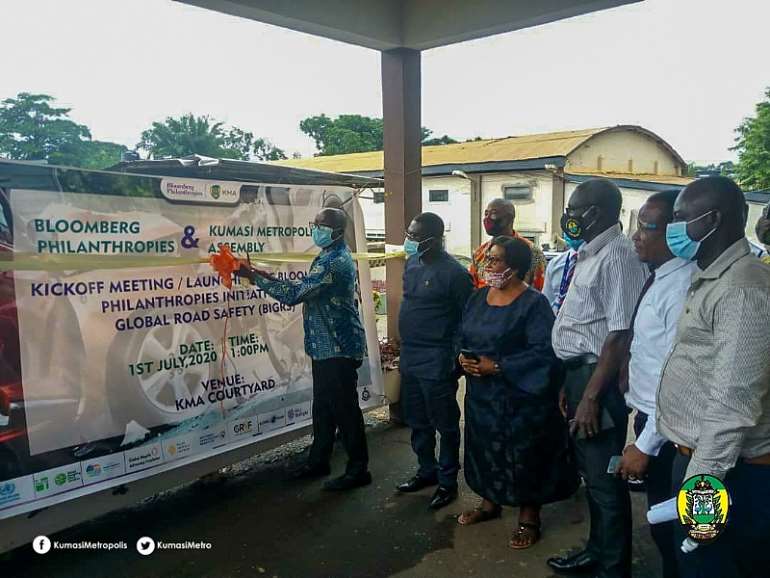 About the Bloomberg Philanthropies Initiative for Global Road Safety

BIGRS places an emphasis on achieving outcomes, and on using high-quality monitoring and evaluation mechanisms to continually assess progress.

The Bloomberg Foundation works in 480 cities in more than 120 countries around the world to ensure better and longer lives for as many people as possible.

The Bloomberg Foundation covers all of Michael R. Bloomberg’s charitable activities, including his foundation and personal donations. In 2018, Bloomberg Philanthropies distributed $ 767 million.