Kwasi Prempeh and Kwaku Asare Do Not Run the Government, Akufo-Addo Does 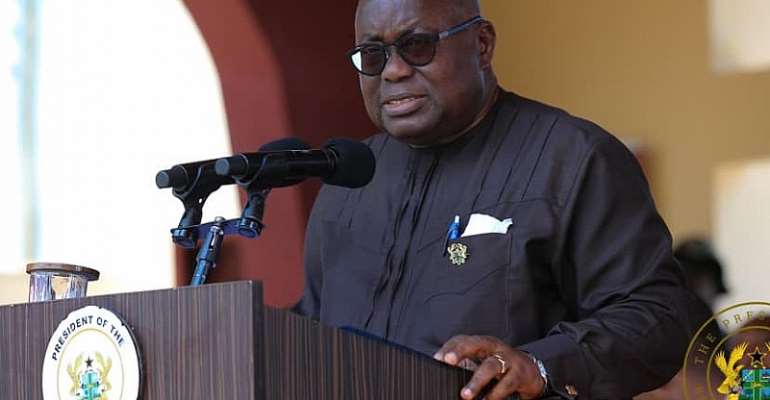 They may call themselves “Constitutional Experts,” but I don’t remember Prof. Henry Kwasi Prempeh, the Executive-Director of the Center for Democratic Development (CDD), and his Institutional Fellow, Prof. Stephen Kwaku Asare, sitting as members of the Constituent Assembly (CA) that drafted the 1992 Republican Constitution. The now-President Addo Dankwa Akufo-Addo and dozens of his advisers did sit on the CA, which the then-Parliamentary Opposition, made predominantly up of legal luminaries of the presently ruling New Patriotic Party (NPP) righteously boycotted, because of the intransigent determination of the leaders of the then-Provisional/National Democratic Congress (P/NDC) to unacceptably corrupt the present Constitution to suit their own devious ends. Well, the NDC political scam-artists got their way, anyway, in the wistful words of Mr. Sam Okudjeto, the renowned former President of the Ghana Bar Association (GBA), who presently sits on the Ghana National Council-of-State (CS).

So, while, indeed, Messrs. Prempeh and Asare may be inalienably entitled to vehemently disagree with the decision by the President for having Mr. Daniel Yaw Domelevo proceed on leave, presumably pending retirement, nevertheless, these gentlemen have absolutely no right to cavalierly presume to prevail on the President to reverse his legally-informed decision or admonish Mr. Domelevo to fiercely stand his ground or flatly refuse to budge (See “Profs Prempeh and Asare Kick Against Akufo-Addo’s Proceed-on-Leave Directive to Domelevo” Ghanaweb.com 6/30/20). Most of my regular readers are fully aware of the fact that yours truly has been in staunch support of the heavily politically laced appointment of Auditor-General Domelevo by a lame-duck President John Dramani Mahama from day one. But, of course, that does not mean that I am going to be in disagreement with each and every decision made by President Akufo-Addo and his advisers that well appears to be inimical to the individual professional desire or interest of a hardworking Mr. Domelevo, who has also at times behaved as if he had been put in place by the most thoroughgoing corrupt Fourth Republican Ghanaian leader, in the words of former President Jerry John Rawlings, to steadily and systematically sabotage the progressive and visionary work of the Akufo-Addo-led government of the New Patriotic Party.

That said, the official letter informing the Auditor-General to proceed on leave, in order to mandatorily use up his 123 days of accumulated leave, also noted that the decision had precedent in the April 2009 executive order for the extant Auditor-General, Mr. Edward Duah Agyeman, to promptly proceed on leave so as to use up his legally mandated accumulated leave of 264 days. Why does this logical citation of legal precedent seem so difficult for Messrs. Prempeh and Asare to appreciate? Or do these two gentlemen think and/or believe that the 1992 Constitution, somehow, endowed the late President John Evans Atta-Mills with far greater executive powers than Nana Akufo-Addo?

In short, so cavalierly attempting to second-guess the President, the way that Messrs. Prempeh and Asare are doing, could not be at once more preposterous and insufferably presumptuous. I mean, why did these same Akufo-Addo detractors – and here, of course, I am thinking more about Prof. Asare – not raise their hackles or go after the then-President John Dramani Mahama, when the latter recklessly and self-servingly transferred my Dear Sister Charlotte Kesson-Smith Osei from the National Commission for Civic Education (NCCE) to the Electoral Commission (EC), in the leadup to the 2016 Presidential Election? And on the latter count must be noted the fact that like the EC, or the present IEC, the NCCE is one of the constitutionally entrenched Commissions listed by the 1992 Constitution whose heads or commissioners, the highest legal instrument of the land strongly advises against laterally moving from one portfolio or commission to another.