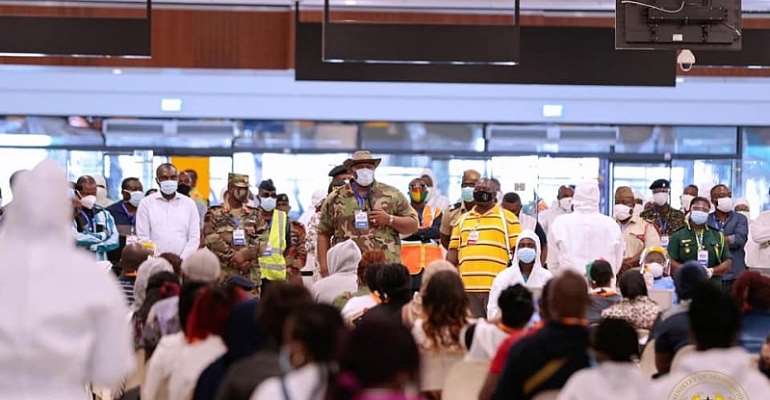 Some stranded Ghanaians in India have expressed their unhappiness about the amount being charged by the government to have them undergo the mandatory quarantine when they are evacuated.

The Ghanaians last week appealed to the government to give them an evacuation plan to enable them to return home.

According to them, the GHS600 per person for hotel accommodation is overly expensive. One of them, Edward Nwiah spoke to Citi News about their ordeal.

The over 150 Ghanaian nationals had earlier disclosed that, authorities at the consulate collected their data about two months ago for possible evacuation, but have since not heard any official communication on when that will be done.

The government of Ghana had in the past few weeks evacuated over 1,000 Ghanaians from various countries, even as the country's borders remain shut to human traffic due to the coronavirus pandemic.

Evacuation of Ghanaians and conditions

The government has indicated that the issue of Ghanaians stranded abroad will be addressed in phases.

However, the pre-condition for evacuation was that the stranded citizens bear the full cost of their 14-day mandatory quarantine when they arrive in the country.

These arrivals will be quarantined at the Airport View Hotel, Alisa Hotel and Marriot Hotel.

The government's pre-conditions for evacuation is, however, a source of concern for some of the Ghanaians abroad who have described them as excessive.

Some say they cannot afford the cost of quarantine because they have run out of money.