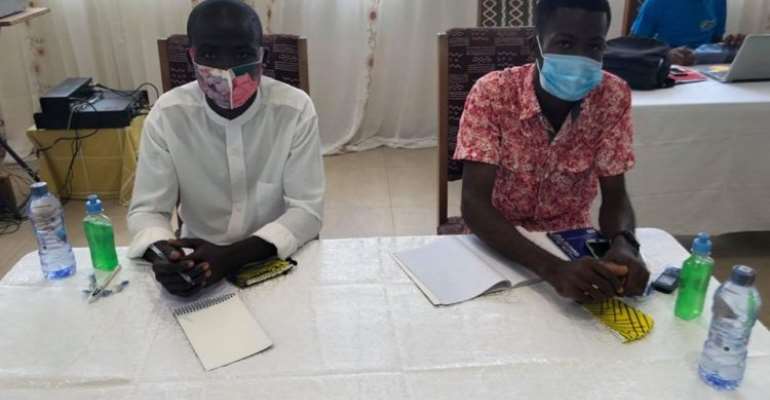 Adolescent and youth advocacy NGO Curious Minds with sponsorship from UNESCO has commenced a two-week training programme for youth volunteers in the bid to educate the youth on teenage pregnancy and HIV.

The training which is dubbed “ Our rights, Our lives, Our future” saw 30 youth volunteers from across the Central and Upper East regions specifically Talensi-Nabdam and the Asikuma Odoben Brakwa districts, attending to be educated on the importance of adolescent reproductive health education in the quest to prevent the increasing number of teenage pregnancies, prevent HIV aids amongst the youth, stop gender based violence and child marriages before the close of the year 2020.

The focus of the training of the youth volunteers on these two regions is because Tulensi-Nabdam and Asikuma Odoben Brakwa were districts with very high teenage pregnancy rates.

Chapter Clubs Office of Curious Minds who also doubles As the project lead for the training session Mr Edmund Agbeve was of the view that young people were pivotal in the fight against teenage pregnancy and HIV hence the need to hold the training session.

“The aim is to get them, to understand the issues because we believe that young people form a critical component of resolving the issues of teenage pregnancy,” he said.

He also stated that the Central region was their focus for now because he believes that the rising number of teenage pregnancy particular in the Asikuma Odoben Brakwa district of the region was worrying.

“We are starting from the Central region engaging young people from Asikuma Odoben Brakwa to become advocates within their own communities. It has become important for us to engage these young people to halt and revers the incidents of teenage pregnancy and STIs in the district” Mr Agbeve indicated.

One of the youth participants of the training session organised by Curious Minds Comfort indicated she has benefited greatly from the workshop and will aid her to manage her menstrual cycle.

“I have benefited greatly from this training workshop. I have learnt how to properly take care of myself before, during and after menstruation. I have also learnt how to provide support and a listening ear to my peers as well as appropriately refer them to health facilities for comprehensive health care and professional counselling” she said.

The training session which took place in the Upper East Region will end later this week.