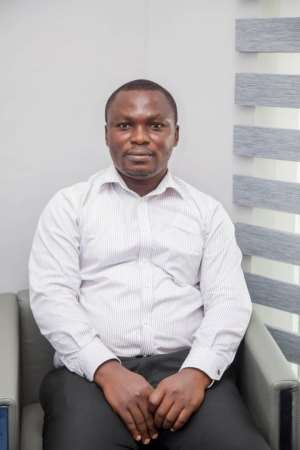 According to the vociferous Kwabena Frimpong, some Members of Parliament lost their seats at the just ended parliamentary Primaries of the ruling New Patriotic Party because the majority of delegates woefully succumbed to the money and goodies from the Parliamentary Candidates giving no recognition to competence in their selection of the Party Parliamentary representative.

The National Secretary of Holy Gents, National President for Federation of NPP youth and Founder for NPP youth for Ntim, Mr. Frimpong made this known on Boss FM morning show hosted by Ananse when he was there as a panelist.

Party activist, Kwabena Frimpong said " Nobody would be able to convince me that for instance, MPs like Hon Collins Owusu Amankwa and Dr. S K Nuamah lost their seat due to their performance as MPs in Parliament and at the Constituency. The major problem the good people of Manhyia North and Kwadaso constituency were facing was Roads but today roads in these Constituencies have received a major facelift which is unprecedented."

He further stated "Apart from the above these MPs had undertaken other major projects within their respective constituencies on health, security, education, employment et al but were voted out because their opponent's paid more monies and gave goodies to delegates than they gave so they lost their seats"

He pleaded with delegates to always choose competence over money and goodies. In conclusion, he appealed to NEC to aid in the expansion of the electoral college during these Primaries to reduce the moneycracy taking over our Primaries and internal elections.