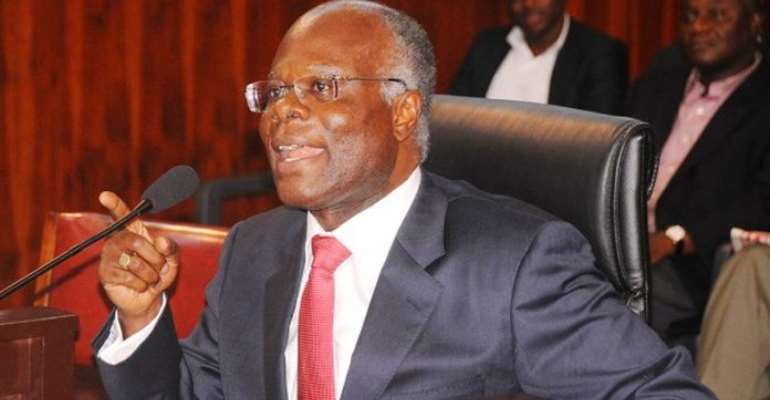 Yesterday, I spent my time reflecting on and writing about the existential reality of ethnocentrism in Ghana that has plagued the country since late colonialism. I must begin by saying that ethnocentrism as a socio-political challenge is not a challenge of a minority ethnic group – in any case, a minority could be socio-politically more powerful than a majority. And minority could be a majority in a certain geographical space.

With this, I still maintain that ethnocentrism is so pervasive in Ghana and it finds expression in schools, workplaces, and churches and mosques. It finds expression in the three arms of life – politics, sports, and religion. It is a systemic challenge that affects virtually everyone in one way or the other (either overtly or covertly). It has become the major obstacle in rooting out corruption in the country.

As a social challenge, ethnocentrism is not just about a particular group suffering from social injustice. It is also about the experiences of individuals who are constituents of a group. In dealing with ethnocentrism, therefore, we need to take it from the perspective of individuals, as well as of groups. I am sure that almost all of us will have some experiences to share on the subject.

I know people from some ethnic groups who have changed (or added to) their names because of the tempo of ethnocentrism in our country. I have a friend who changed his name to gain favours from a certain political party. I also know friends who name their children strategically to achieve a political end.

I have listened to the interview K.T. Hammond granted and I sense that there was bad journalism in practice. I guess journalists, in addition to their training, are to apply common sense to their profession. The Akan say that "in delivering a message, we send the wise not the long-legged person." Sadly, some of our journalists write and report on issues that are likely to set the nation on the false precipice of collapse.

It is about time journalists applied Plato's Allegory of the Chariot. They should exercise some degree of reasonability and rationality in their report. If a politician says something explosive, must a journalist at all cost report it? What benefit would a bad comment from a politician do to the benefit of Ghana? Assuming K.T. Hammond said what the journalist reported him to have said, was the journalist under any obligation to have published the story? Couldn't the journalist have exercised common sense in what he reported? In any case, what did the journalist stand to gain by reporting what K.T. Hammond is purported to have said if not to imperil Ghana's fragile peace?

As I said yesterday, we cannot pretend that it is only a minority that suffers from this social cancer. Ethnocentrism is a challenge that we all face in one way or the other. Let us not assume that Akan are in the position of privilege and others are on the margins of life. Ethnocentric cuts across ethnic groups. We all must, therefore, take a collective approach to deal with this challenge.

Much as ethnocentrism is trans-ethnic challenge, it is a form of social injustice. It is straitjacketing people who are “different” from us. In Ghana virtually all the ethnic groups are stereotyped. And since we are in the mood to root out ethnocentrism, I will not go into mentioning some of the needless profiles against ethnic groups.

The result of ethnocentrism as a form of social injustice is that some people have failed to progress in their academic pursuit; some have lost their jobs or been denied employment; others have failed to marry their conjugal boyfriends and girlfriends; some children have been neglected and so on.

As opportunistic as human beings are, some individuals tend to harvest ethnocentrism to achieve their own parochial interest. It is either they pretend some ethnic groups are more privileged than others or they deploy ethnicity to advance their own careers. In Ghana, things are so bad that ethnic groups fare differently, depending on which political party is in office.

Given that no one particular group lives with ethnocentrism alone, we cannot pretend that the battle against this social malaise must be fought by only a certain group. We all have to be immersed in the fight. And to fight it well, I propose Moses's approach in dealing with social injustice.

Moses was born to Hebrew parents but brought up in the palace of Pharaoh. He grew up as a privileged person. He had everything he needed. Potentially, he was tipped to become the next Pharaoh. And like anyone who may have the illusions of being privileged, he did not need to worry about the plight of those who faced social injustice. He could have been indifferent to social injustice.

But Moses became a different person. While he was in the position of influence, he decided to empathise equally with anyone who suffered from social injustice. His fight against social injustice was without political colouration. He fought injustice regardless of who was involved.

Moses first fight against injustice was directed as an Egyptian who was maltreating a Hebrew person (Exodus 2:11-12). He went straight in defence of the Hebrew because the Hebrew was experiencing injustice. What we can learn from Moses is that we have to defend our own when one of our own is suffering from any form of injustice. Here we must look within to protect ourselves. We can extrapolate this to include the fact that we must cherish who we are. We must love our culture and our identity. In the fight against ethnocentrism, we must not lose a sense of our identity. This is because there is dignity in our differences. It is also because self-hate is dangerous.

The next time, it was a Hebrew against Hebrew, Moses went in defence of the Hebrew who was being maltreated (Exodus 2:13-14). He spoke against the injustice. Here, what we can learn is that social injustice should be condemned even if it is perpetrated by one of our own. In fighting against social injustice, we should not shield members of our group who promote it. Impliedly, we should condemn ethnocentrism even if it is engineered and instigated by one of our own. This also means that we should not condemn ethnocentrism only to become proponents of it. If ethnocentrism against us is bad, it is also bad for us to direct it at others.

Finally, Moses defended social justice among non-Hebrew people (Exodus 2:15-17). In this incident, Moses did not have any personal interest. It was just about groups that were unrelated to him. He had no business poking his nose into the affairs of non-Hebrew people locked in acrimonious contest. But he went ahead and contested injustice. This means we must speak against ethnocentrism even if it does not happen to us directly. Moses action resonates with Martin Luther King Jr.’s sagacious observation that: “Injustice anywhere is a threat to justice everywhere. We are caught in an inescapable network of mutuality, tied in a single garment of destiny. Whatever affects one directly, affects all indirectly.” We can glean from this that it is simply humane to fight against injustice because we share a common humanity.

Stringing the Mosaic approach together, we must speak against ethnocentrism everywhere at all time without discrimination. We should be determined to stand for social justice regardless of the cost. Fighting against ethnocentrism can make us look as the fifth columnist to our ethnic members, especially when we critique them. Moses experienced it when his fellow Hebrew questioned Moses’s legitimacy to fight social injustice. Ethnic political actors can threaten us if we fight ethnocentric feelings in our own ethnic group. Moses experienced that when he became a target of Pharaoh’s fury. Also, those we fight for may see us as seeking to patronize them. But in all of this, we should not be discouraged.

We should fight ethnocentrism, since it blights the peaceful interactions in Ghana’s pluro-ethnic space, especially in the regional capitals.