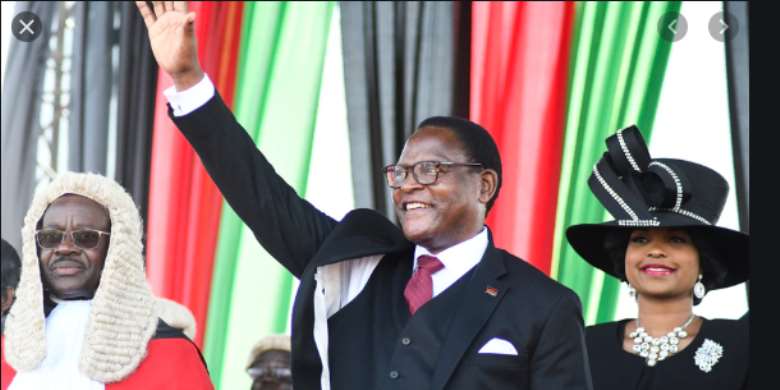 It was a beautiful day when on 23rd June 2020 the people of Malawi rewrote their country’s history. Presidential re-run election was held and ended in a very peacefully. Observers have concluded that the election was free, fair, and peaceful with the largest turn out of voters in the history of the Republic of Malawi.

From this great and indisputable victory, so on behalf of members of the Pan-African Unity Movement Against Second Slavery (PANUMASS), Pan-African advocacy for peace, democracy, unity and dignity of Africans, both at home and the diasporas, we congratulate Dr. Lazarus Chakwera on his emergence as President and Commander-In-Chief of the Republic of Malawi in the presidential re-run election held on 23rd June 2020.

We pray that the new President may not be over-run by the thirst to live a life of opulence and immorality. The victory of President Lazarus Chakwera is a confirmation that politics today is about meritocracy and not imperial-god-fatherism. We believe President Chakwera has the best interest of Malawi at heart by offering himself, to serve Malawians and trust that he will always place the interest of Malawi top in all his actions, decisions, policies and directives, as President of all Malawians.

President Chakwera's campaign platform slogan of a New Malawi was the cry of the Malawian masses. We expect that the President will work towards achieving just that as he faces a daunting task. The task ahead is enormous but the fact that, as a man of God, he has the goodwill from across board should make the task a bit easy to deliver his campaign promises and make Malawi great again.

Once again, we wish to congratulate the Brother, President Lazarus Chakwera, and the good people of Malawi for this deserved victory, which we hope will inspire other African countries to work closely together to strengthen the unity of Africa and respect for all black people living everywhere.