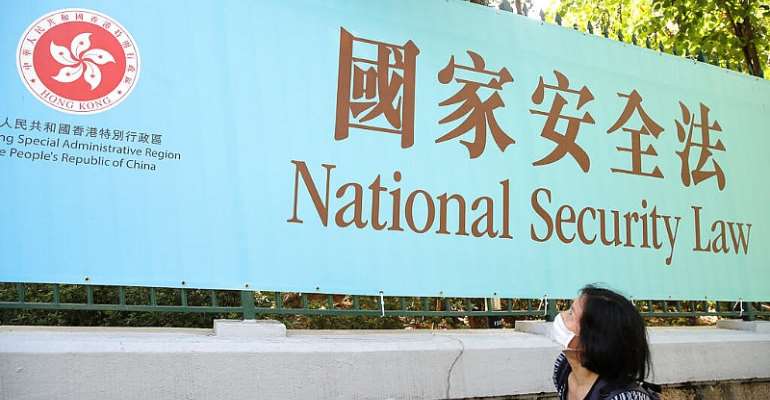 China has imposed a sweeping national security law on Hong Kong, a historic move that critics and many western governments fear will suffocate the city's freedoms and reduce its relative autonomy.

The Standing Committee of China's National People's Congress on Tuesday unanimously adopted the law on Safeguarding National Security in Hong Kong, which was first announced in May.

The law will now be incorporated into Hong Kong's “mini-constitution,” the Basic Law, in a list of mainland laws that are applicable in the city.

The law will take effect on 30 June, one day before the 23rd anniversary of London's handing back of the then crown colony of Hong Kong to the People's Republic of China. Hong Kong's government said in a statement that it “welcomes the passage of the law” which will help to “restore stability in Hong Kong society”.

Conditions for the 1997 handover included promises that Hong Kong would retain its quasi-independent status, that its embryonic democracy would develop into a system with universal suffrage, and that Beijing would remain on the sidelines, under a structure called “one country, two systems”.

But the latest “Mechanisms for the Preservation of National Security” as the law is called officially, allow “the organs of the Central People's Government for the protection of national security to set up institutions in the Hong Kong Special Administrative Region,'' a clause which, critics say, spells the end of Hong Kong's relative autonomy.

"It marks the end of Hong Kong that the world knew before," prominent democracy campaigner Joshua Wong tweeted as his political party Demosisto announced it was disbanding. "With sweeping powers and ill-defined law, the city will turn into a #secretpolicestate."

Some Hong Kong citizens on Tuesday said they were deleting Twitter accounts and getting rid of other social media platforms where they had been active.

The United States, Britain, the European Union and the United Nations rights watchdog have all voiced fears the new legislation could be used to stifle criticism of Beijing, which wields similar laws to crush dissent on the mainland.

But critics see the implementation of the law as a watershed in Hong Kong's post-colonial history. "It's a fundamental change that dramatically undermines both the local and international community's confidence towards Hong Kong's 'One Country, Two Systems' model and its status as a robust financial centre," Hong Kong political analyst Dixon Sing was quoted as saying by the French AFP news agency.

Activists have called for huge demonstrations against the law, coinciding with the 1 July handover celebration. If such protests take place they will be illegal, as the government has extended a ban on gatherings of more than 50 people that came into force as a result of the Covid-19 pandemic.