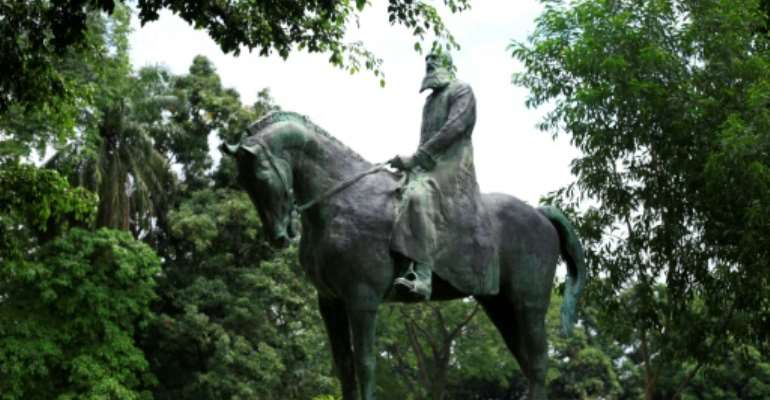 DR Congo hailed Belgium on Tuesday after its monarch, King Philippe, voiced his "deepest regrets" for the country's brutal colonial occupation, but some in the country demanded reparations for the past.

In a letter to President Felix Tshisekedi on the nation's 60th anniversary of independence, Philippe expressed unprecedented sorrow for colonial acts that historians say led to the death of millions of Congolese.

"I want to express my deepest regrets for these wounds of the past whose pain is reawakened today by the discrimination still present in our societies," Philippe said.

"Acts of violence and cruelty were committed which weigh on our collective memory," he said.

DR Congo Foreign Minister Marie Ntumba Nzeza, in statement to AFP, said the king's letter was "balm to the heart of the Congolese people. This is a step forward that will boost friendly relations between our nations."

Tshisekedi, in a TV address on the eve of the anniversary, paid tribute to Belgium, where he lived in self-imposed exile before returning to run successfully in the 2018 elections.

Philippe, he said, "is searching, just like me, to strengthen the ties between our two countries, without denying our common past, but with the goal of preparing a bright and harmonious future."

In contrast, Lambert Mende, the former spokesman of Tshisekedi's predecessor, Joseph Kabila, said, "It's not enough to say, 'I feel regret.'

"People should be willing to repair the damage in terms of investment and compensation with interest. That's what we expect from our Belgian partners."

Herve Diakiese, spokesman of a citizen's movement called Congolais Debout (Congolese, Stand Up), said the monarch's letter was "a step in the right direction."

"But this belated remorse can only be accepted after adequate reparations for these atrocities which enabled the personal enrichment of Leopold II and his friends," he said, referring to the former Belgian monarch who pillaged Congo from 1885 to 1908.

"Belgium's mischief-making after independence on June 30 1960 to control the DRC's minerals should also feature among reparation issues," he said.

Looted Congolese artefacts, too, should be returned, he added.

Jean-Claude Katende, the president of Asadho, one of the oldest rights groups in the Democratic Republic of Congo, called for a greater effort to identify provinces where colonial Belgium carried out its worst atrocities.

"In Equateur (province), people were killed and others had their hands cut off," he said.

Belgium is contemplating setting up a parliamentary commission to investigate its colonial rule, which also extended over Rwanda and Burundi.

Fuel price increases: Akufo-Addo, Bawumia callous about the ...
34 minutes ago

Cape Coast Airport will be constructed at all cost - Akufo-A...
34 minutes ago