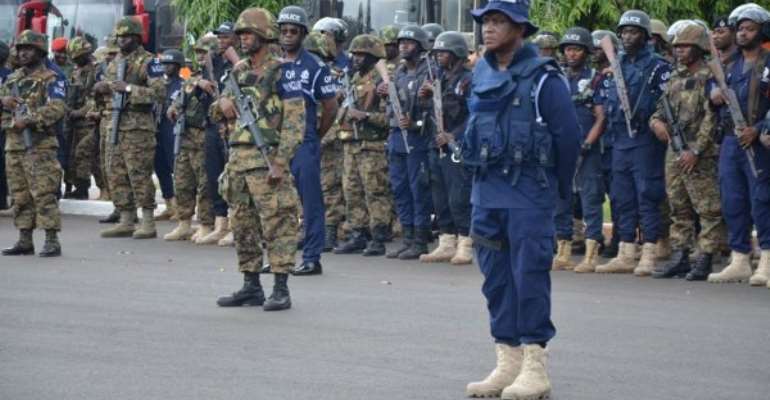 A total of 56 security personnel from the various security agencies have been deployed to eight registration centres in the Kpando Municipality.

The service personnel were drawn from the Police Service, Prison Service, Fire Service and Immigration Service.

Assistant Superintendent of Police, Mr Widom Lavoe, Kpando Divisional Commander, told the Ghana News Agency (GNA) that the personnel would be deployed on a weekly basis to man the centres.

He said their mandate is to ensure an incident free exercise and asked for the cooperation.

Mr Eric Ackah, Municipal Electoral Commissioner- Kpando, said the idea to begin the exercise with only eight centres out of the about 76 centres was a policy directive from the headquarters of the Commission.

He said the Kpando office had a mobile team that has been deployed to monitor activities from all centres during the exercise.

Mr Ackah said the office was equipped with backup biometric machines in the event of any failure of the machines at the various centres.

The GNA visited some registration centres and as early as 0630 hours, queues had been formed by people ready to register.

At Aloyi R/C Primary, about 50 people including the aged, had queued and were ready to go through the exercise, which took off at exactly 0700 hours with the aged being attended to first.

The same could be said for the Roman Catholic Sisters Convent in Gabi with the safety protocols being strictly observed.

Komenda factory: "Mahama constructed the roof before buildin...
9 minutes ago