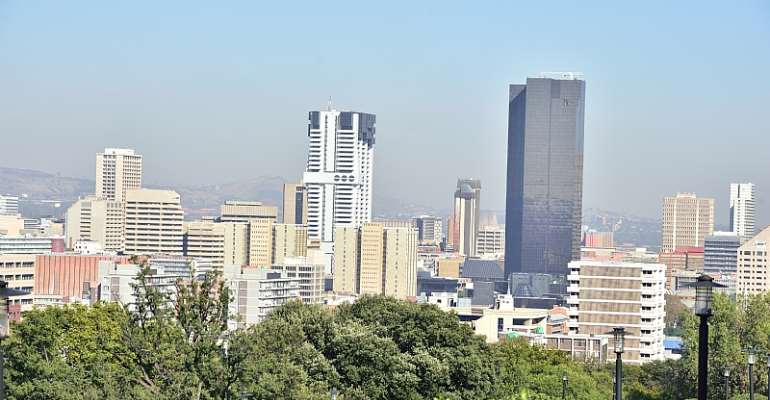 The City of Tshwane, home to South Africa's government and foreign diplomats, has been rocked by political turmoil for nearly a year . The squabbling between political parties has meant that the city council is “unable to conduct its business and cannot serve its residents”. This was according to a judge when the city's problems ended up in the High Court.

The city has been run by a coalition of minority parties cobbled together by the Democratic Alliance (DA), the main opposition to the governing African National Congress (ANC). Coalition arrangements were first made after the 2016 municipal elections when smaller parties banded together with the DA to keep the ANC out of power. The coalition has had a torrid three years, finally collapsing earlier this year.

This jockeying for power by the parties has led to a failure to elect a mayor and to appoint a municipal manager, with dire consequences for the provision of municipal services. As the saga dragged on the provincial government stepped in and placed the city council under administration. That decision was successfully contested by the DA, which accused the ANC-led provincial government of ulterior motives.

The stalemate in Tshwane is a manifestation of coalition arrangements that serve the partisan interests of parties, to the detriment of citizens. They prove, in my view, that political parties should not be trusted with running cities. The solution lies in citizens ditching political parties, to end or lessen their stranglehold on municipalities. But what should the political parties system be replaced with?

The answer may lie in the Spanish idea that “democracy begins where (people) live” . This is embodied in the notion of new municipalism . This nascent system of managing urban affairs asserts the autonomy of the local government.

The new municipalism movement includes re-imagining cities as embodiments of social justice, the custodians of the common good, and the means to make residents the fulcrum upon which the management of urban affairs revolves. The approach has been tried in Barcelona, with some success. Other examples abound across the world.

How the dysfunction began

The DA and the Economic Freedom Fighters (EFF) agreed to enter into a coalition arrangement when the EFF won 11.63% of the vote in the city in 2016. The DA-led coalition governed with 45.87% of the total votes of council. This translated into a total of 99 seats. In the opposition benches, the ANC held 89 seats .

The DA-led coalition was vulnerable to the EFF's political capriciousness as the kingmaker. In addition, their ideological differences meant that the two parties made the most unlikely partners from the start.

Things turned sour when the DA refused to support the EFF's radical land policy in the country's national parliament. As a result the EFF decided to oust DA mayors in metropolitan councils that had secured their positions through coalition arrangements.

This was hardly a year after the parties had established their pact.

The ANC exploited the fallout and the political wrangling became inordinately protracted. The ANC and the EFF frequently staged walkouts or stayed away from council meetings, robbing them of quorums. This led to the council collapsing. Because of this, important decisions on the running of the city's affairs could not be taken.

Numerous blunders of its own, especially leadership indiscretions in the municipality, added to the DA's woes. This started under its first mayor, Solly Msimanga , and continued under his successor, Stevens Mokgalapa .

The parties' inability to coexist amicably has seen the courts being used in political slugfests.

The courts are the custodians of the rule of law in a constitutional democracy. Thus, it's no surprise that political parties take legal action against one another to settle disputes. But in many instances cases have bordered on vexatious litigation .

In addition, courts shouldn't be called on to fix problems caused by the failure of political parties to deliver local democracy and serve the interests of local residents. Legal solutions to political questions do not always bring lasting political solutions.

Hence the recent ruling by the Gauteng High Court, which found that the Gauteng government's decision to dissolve the Tshwane city council was unlawful and set it aside , won't end the governance crisis in the city.

Instead, the focus should be on stopping parties from holding municipalities to ransom. This is the function of political processes, not the courts.

working with citizens and groups within the community to find sustainable ways to meet their social, economic and material needs and improve the quality of lives.

Democracy in a context of developmental local government means “returning power to the ordinary people” .

But this is not possible when parties put their own partisan power interests above those of citizens, as shown by the paralysis in the running of Tshwane.

Ada Colau became the first woman mayor of Barcelona in 2015 as part of Barcelona en Comu (Barcelona in Common) , the citizen-led platform that took power from a political caste that had ruled the city for four decades.

This trend counteracts the party system, which concentrates power in the political elites rather than the citizens . New municipalism ensures local democracy, which the party system sometimes fails to deliver.

Local democracy should be citizen-centred. The Greeks called this demos, which meant “the body of citizens collectively”. Political parties often strip democracy of this important dimension.

Fortunately, the basis for situating local governance within the people already exists in South Africa's electoral system. For the purpose of local polls, a city is divided into wards, each electing its representative for the municipal council. Many such representatives stand as independents.

This arrangement is not ideal because such a ward candidate may be a representative of a political party. But this can be countered by having the majority of candidates directly elected by residents.

A ward candidate should be the nominee of the residents of the ward and should be accountable to them directly. Ideally all – or most – seats in the council should be filled by the representatives of wards. This will ensure that the leadership of cities is made up of the “representatives of urban society” .

Mashupye Herbert Maserumule received funding from the National Research Foundation for his postgraduate studies. He is affiliated with the South African Association of Public Administration and Management (SAAPAM).