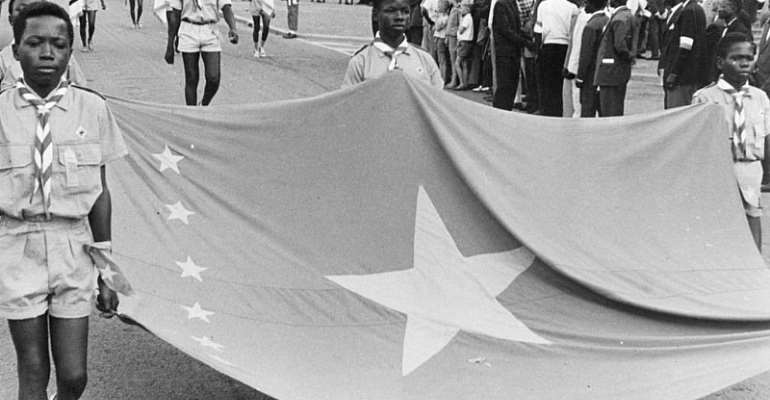 Belgium's King Philippe has expressed his "deepest regrets" to the Democratic Republic of Congo for the abuses committed under Belgian colonial rule. It marks a first in Belgium's history, but the king stopped short of an apology.

"I want to express my deepest regrets for these wounds of the past whose pain is reawakened today by the discrimination still present in our societies," Philippe said Tuesday in a letter to President Felix Tshisekedi on the 60th anniversary of DRC's independence.

Historians say as many as 10 million Africans from areas in what is now the Democratic Republic of Congo were killed, mutilated or died of disease as they worked on rubber plantations belonging to Belgium's King Leopold II, King Philippe's great-great grandfather.

Without mentioning Leopold by name, Philippe said that during this period (from 1885-1908) "acts of violence and cruelty were committed which weigh on our collective memory”.

The king also referred to the colonial period after 1908 when, facing criticism from other colonial powers for his bloody rule, the Belgian government forced Léopold II to hand the Congo over to the state. A period that had "also caused suffering and humiliation” he wrote.

Dominique Migisha, an adviser to president Tshisekedi welcome the king's words which "showed times had well and truly changed", he tweeted.

Recently Belgium's first black mayor, Congolese-born Pierre Kompany, said the country was due a reckoning with its colonial past and it should apologise.

But as Gisèle Kaj Adjeta, a journalist with the UN's Radio Okapi in DRC, tweeted "there was no apology for the atrocities committed by the king's ancestor".

The recent death of George Floyd in police custody in the US and the Black Lives Matter protests that ensued has focused attention on Belgium's colonial past.

Several statues of Leopold II, who ruled between 1865 and 1909, have been daubed with red paint in the towns of Ghent and Ostend or torn down by protesters in Brussels in recent weeks.

A petition to have all the statues removed has gathered over 82,000 signatures.

On Tuesday, the city of Ghent is to pull down a statue of Leopold to mark the 60th anniversary of Congolese independence.

In his letter, King Philippe said he would combat all forms of racism and wanted to encourage reflection on the issue begun by the Belgian parliament so that “our collective memory is pacified once and for all”.

However, his younger brother, Prince Laurent, recently defended his ancestor.

“I do not see how he could have made people there suffer,” he said in an interview. “He never went to the Congo himself.”

Prince Laurent went on to say that whenever he met African heads of state he always apologised “for the actions of Europeans towards Africans in general”.