USA: Trial Against Police Officers In George Floyd's Case Is Slated To Begin In March 2021 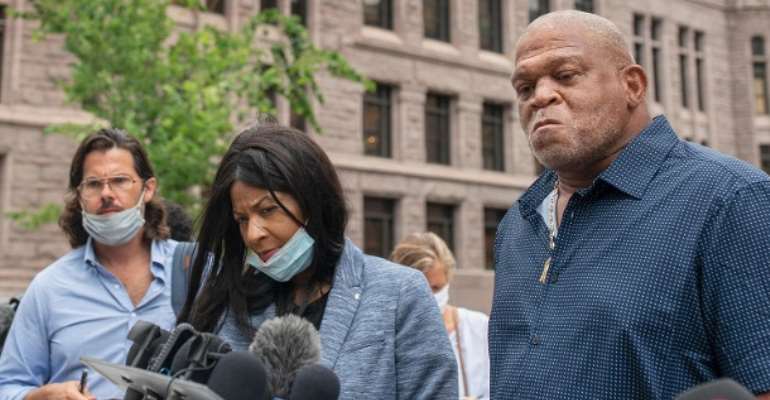 The aunt and uncle of Goerge Floyd

George Floyd's aunt and uncle speak to the press that the Court process of the case is slated to begin in March next year.

The trial for the killing of African-American George Floyd during a brutal police operation in Minneapolis is scheduled to begin in March. The judge warned of measures to guarantee a fair trial.

"Will there be a fair trial?"

The main trial of four ex-policemen accused of killing the African-American George Floyd is scheduled to begin on March 8 next year, according to US media reports. Before that, there is to be a hearing on procedural issues on September 11, as Judge Peter Cahill ordered on Monday (local time). He also warned the parties that further public statements on the case may require a transfer of the trial to another venue in order to guarantee a fair trial, local television stations ABC5 and Kare11 reported.

The main defendant Derek C. attended the hearing via video link from the prison, the other three were present in the courtroom, they further reported. They face long prison sentences. Two of the now released officers have been released on bail.

The unarmed Floyd died on May 25 in the city of Minneapolis in the state of Minnesota in a brutal arrest. His death led to mass protests against police violence and racism throughout the country. Police officers had arrested Floyd on suspicion of paying with a counterfeit $20 bill. They pushed him to the ground in the street. White officer Derek C. pushed his knee into Floyd's neck for about eight minutes while the latter begged to let him breathe. According to the autopsy, Floyd lost consciousness and died on the spot.

Up to 40 years in prison

Derek C. is accused of, among other things, second-degree murder, which in Minnesota carries up to 40 years in prison. The remaining ex-cops are charged with aiding and abetting. One of them, Alexander K., pleaded not guilty and invoked the right to use proportionate force in self-defense, as a document submitted to the court showed.

The lawyers of the other defendants did not yet comment on the accusations, as reported by the local media. The hearing, which lasted about one hour, was not broadcast on television. Access to the courtroom for journalists had also been restricted because of the Coronavirus pandemic.