EU to open borders to 'safe' countries as pandemic accelerates

By Alex Pigman with AFP bureaus 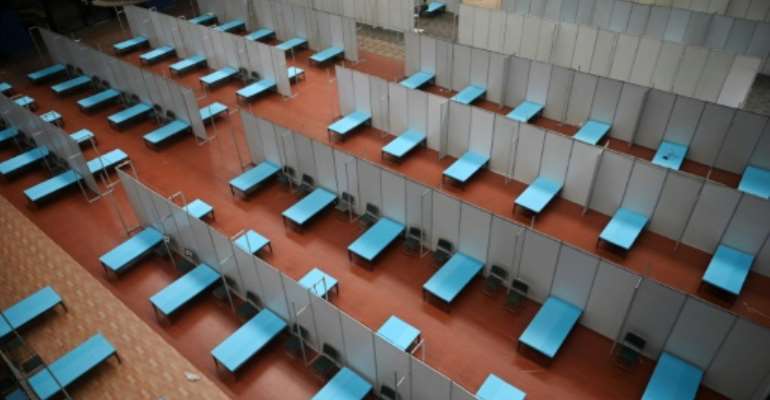 The European Union will reopen its borders to a select list of "safe countries" to be confirmed Tuesday, as the WHO warned the pandemic is still accelerating with more than 500,000 deaths worldwide.

Europe's piecemeal reopening comes as countries around the globe struggle to revive economic activity while battling new spikes of the virus, with hotspots still surging in Latin America and in the United States.

After days of negotiations, EU member are due to finalise the list of some 15 countries, including Australia, Canada, Thailand, Japan and others, whose citizens will be free to enter the bloc starting on July 1.

The US, Russia and Brazil were among those expected not to make the selection, which will be updated every two weeks based on the safety situation in each state.

Pubs in England are set to open this weekend. By Adrian DENNIS (AFP)

With some 10.3 million known infections worldwide, the pandemic is "not even close to being over", the World Health Organization has warned.

"Although many countries have made some progress, globally the pandemic is actually speeding up," WHO chief Tedros Adhanom Ghebreyesus said Monday.

In Europe, where infections have stabilised in many countries, the relaxation of lockdown measures is still touch-and-go as governments try to reboot economies facing historic recessions.

The UK, home to Europe's deadliest outbreak, has already seen its worst quarterly contraction in 40 years, shrinking 2.2 percent from January-March.

The worst is yet to come, with economists predicting a double-digit slump in output during the second quarter, placing Britain in a technical recession.

Prime Minister Boris Johnson on Tuesday vowed to deliver a "infrastructure revolution" to help the country build its way out of the economic slump.

In the meantime, his government is employing a "whack-a-mole" strategy of targeted lockdowns to snuff out the virus.

While the government plans to reopen pubs, restaurants and hairdressers across England on July 4, schools and non-essential shops in Leicester, central England, have been ordered to close after a localised outbreak.

Germany, which has been praised for its handling of the COVID-19 outbreak, also saw its North Rhine-Westphalia state extend a lockdown on a district hit hard by a slaughterhouse outbreak.

And in Australia, a new spike in cases in parts of Melbourne spurred new stay-at-home measures affecting some 300,000 people.

COVID-19 is still tearing across the US, particularly in southern and western states where leaders pushed for early reopenings.

The country leads the world with more than 126,000 recorded deaths and 2.5 million cases.

In Houston, Texans waited for hours in their cars to get tested in a state that has seen infection rates double since early June.

US President Donald Trump is under growing pressure to set an example by wearing a face mask. By NICHOLAS KAMM (AFP)

Medical student Fernando Galvez, 24, joined the long line at 4 am.

After seven hours of waiting, he hoped he could finally get a test after multiple failed attempts in recent days, despite his exhibiting symptoms -- sore throat and chest tightness.

Even in New York, deemed to be on the road to recovery, the iconic Broadway theatre district announced it would remain closed until the end of the year.

And the world-famous Cirque du Soleil troupe announced it was filing for bankruptcy protection and cutting thousands of jobs in a bid to survive the pandemic.

With numerous US states forced to reimpose restrictions on restaurants, bars and beaches, US President Donald Trump has come under growing pressure to set an example by wearing a mask.

The World Health Organization has warned that the coronavirus pandemic is "actually speeding up". By Arun SANKAR (AFP)

Trump's health secretary has warned the "window is closing" for the US to regain control, but the president has largely turned away from the crisis, holding indoor rallies with big, largely maskless crowds against the advice of his experts and refusing to cover his own face in public.

And while opposition Democrats have urged Trump to reissue an emergency declaration on coronavirus, White House Press Secretary Kayleigh McEnany said the president had "no interest" in doing so.

The economy is expected to log its biggest decline on record in the April-June quarter, warned US Federal Reserve Chairman Jerome Powell, adding that recovery would depend on government efforts to contain the outbreak.

The world's second hardest-hit country Brazil is still facing a steep curve of infections, registering 259,105 cases in the seven days through Sunday -- the country's highest of any week during the pandemic.

Peru is also suffering, with more than 9,000 fatalities to date.

And in Iraq, overwhelmed doctors are struggling with mask shortages, unpaid salaries and dilapidated hospitals as daily infections rise.

Palestinian health workers transport the body of a coronavirus victim for burial. By HAZEM BADER (AFP)

"We're collapsing," said Mohammed, a doctor at a COVID-19 ward in Baghdad who declined to use his full name so he could speak freely.

"I just can't work anymore. I can't even focus on the cases or the patients," he said, speaking to AFP at the end of a 48-hour shift.

Iran announced another 150 deaths Tuesday as officials said the virus was still peaking in parts of the country.

Researchers in China, meanwhile, have announced the discovery a novel swine flu that was capable of triggering another pandemic.

Named G4, it is genetically descended from the H1N1 strain that caused a pandemic in 2009, according to scientists at Chinese universities and China's Center for Disease Control and Prevention

It possesses "all the essential hallmarks of being highly adapted to infect humans," said the authors.