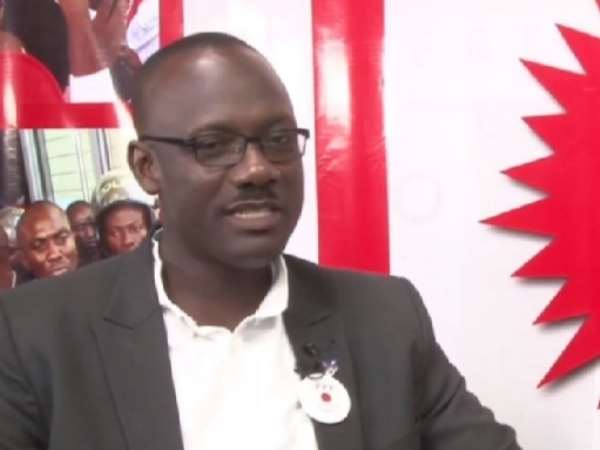 The Progressive People’s Party (PPP) has condemned the military invasion of Ketu South in the Volta Region.

A statement signed by Paa Kow Ackon, Communication Director of the PPP, said: “We are in a civilian, democratic dispensation, so, deploying the military to exert force domestically must be condemned by all”, adding: “We are of the opinion that if there is an extreme situation where the President needs to use the military in severe or unprecedented ways domestically that can affect Ghanaian citizens, then it is of utmost importance for him to secure specific authority from Parliament”.

“Similarly, it is important that we do not allow the authorities to act in a fanciful manner capable of creating fear and panic and also preventing civilians from exercising their democratic rights. We are very much concerned about the reports that a security contingent, which includes the military and the Ghana Immigration Service, has been deployed heavily into some communities along the Ghana-Togo boarder such as Wudoaba, Korpeyia and Anoenu since Monday, 22 June 2020”.

The party recalled that not too long ago, Maj. Bright Basuglo, the Chief Instructor at the jungle warfare school in the Eastern Region, is reported to have said that, ‘the military is fully prepared for the December polls and Ghanaians must believe in us’.

“The question we are asking is: should the military be used to exert force domestically against Ghanaians in a civilian dispensation?” the PPP asked.

“It is interesting to note that in 2012 the then-Acting Chief of Defence Staff, Rear Admiral Quarshie, reiterated that ‘the army was prepared to ensure that Ghana was peaceful before, during and after the 2012 presidential and parliamentary elections’. How was the military prepared then as they are now to get into the middle of a civilian democratic activity?”

“We contrast this willingness of the Ghanaian Armed Forces to be used by a civilian administration to what happened in the USA recently, when authorities used tear gas and rubber bullets to scatter protesters in the Lafayette Square, to enable President Donald Trump take a picture in front of a Church”.

“In the case of the U.S., the Chairman of the Joint Chiefs of Staff, Gen. Mark Milley, recently apologised in a video address to the National Defence University for accompanying President Trump to the photo opportunity at the Washington, D.C., church. ‘My presence in that moment and in that environment created a perception of the military involvement in domestic politics. As a commissioned uniformed officer, it was a mistake that I have learned from’, Milley said.

Milley, who wore combat fatigues during the controversial appearance with Trump on the streets of the nation's capital, also said he was angry about ‘the senseless and brutal killing of George Floyd.’

The PPP said: “Our military must learn from best practices and resist the repeated temptations to get themselves involved in civilian issues. The Akufo-Addo administration must understand that we are no more in a military junta where the military could be deployed in civilian matters. We call on the administration to condemn, in no uncertain terms, the ethnocentric comments made by the MP for Adansi Asokwa, Mr. K.T. Hammond about the people in the Volta Region”.

“It is our considered opinion that in a constitutional era, state actors must avoid sending a terrible message to create the impression that we are now militarising domestic law enforcement and risk damaging the military’s relationship with the broader civilian population. We owe ourselves a responsibility to strengthen the constitutional dispensation that has allowed political parties to compete and win power to administer the affairs of the nation”.

“The president should not try to portray himself as being more in charge than he actually is. Say no to the deployment of the military in domestic issues.”

Meanwhile, Defence Minister Dominic Nitiwul has said soldiers and officers of the Ghana Armed Forces have been deployed to all border areas across the entire country and not just to the Volta and Oti Regions as claimed by the Minority and former President John Mahama.

“I am giving you these statistics for you to know that there’s no agenda against a particular tribe”, Mr Nitiwul said, adding: “In fact, if you add the numbers, the Konkonbas, which is my tribe, have the most soldiers stationed [with them] than any other tribe in Ghana. I have an agenda against my own tribe?”

According to him, the Konkombas are the majority tribe in the North-East and Oti Regions, insisting: “There’s no agenda of the government of Ghana against any particular tribe”.

“I want to urge the people who are going on that particular tangent to drop it. It doesn’t help us”, the Bimbilla MP noted.

He said the Volta Region has the fourth-highest number of military personnel deployed there (98) relative to the Upper East – 207, Northern Region – 110 and North-East Region – 102.

“So, I want the chiefs and the people of the Volta Region to know that the information the NDC Minority and former President John Mahama are feeding them is pure propaganda”, Mr Nitiwul said, adding: “It should be ignored, it’s pure mischief, it’s pure propaganda”.

He said: “We have deployed across the entire country and the purpose is to aid and support the Ghana Immigration Service to stop people from crossing [into Ghana] because we have too many unapproved routes and the COVID numbers are getting higher and higher and higher and we will not sit aloof and allow our people to die because people have crossed into our country”.

Mr Nitiwul said: “If people have any reason – whether NDC, NPP, CPP or any other party – of bringing in anybody for whatever purpose, the protocol is very clear: Bring them in through the approved channels. Let them be quarantined for 14 days, then they can do whatever they want to do. But for the people of Ghana, I’m concerned about their health. It’s my duty to make sure that the people of Ghana are safe, and, at this particular time, we are all in danger”.

“For anybody to suggest that we just deployed only to Aflao or Volta Region, it’s misplaced, its misinformation and the person is just seeking mischief”, he stressed.

The Defence Minister urged eligible Ghanaians in the Volta Region to go about their electoral processes without fear or favour since the army personnel are not there to intimidate but rather protect them.

“The people of the Volta Region, particularly the chiefs and people will register and register well. The people of Ghana will register and register well. The soldiers are not coming to any polling station, the soldiers will be at the border to stop people from coming in or going out across the whole border – Volta, Oti, Northern, North-East, Upper East, Upper West, Bono, Western-North and Savanna – ... and the soldiers are to help the Immigration [Service] to stop anybody from crossing into Ghana or leaving Ghana because our borders are locked to human traffic. What we’ll accept is cargo but for human traffic, we’ll not accept”.

“If you want to bring any human being in, go to the Ghana Embassy, register and that person will come in and spend time at his own cost for a quarantine period of 14 days and once we are OK that that person is not a COVID-19 patient, that person can go. But to think that a responsible government, when the numbers [of COVID-19] are going up, will sit and fold our arms to allow people just to come in because a particular party wants people to come in, that one will not happen”.

No government has mortgaged the future of the youth than NPP...
54 minutes ago