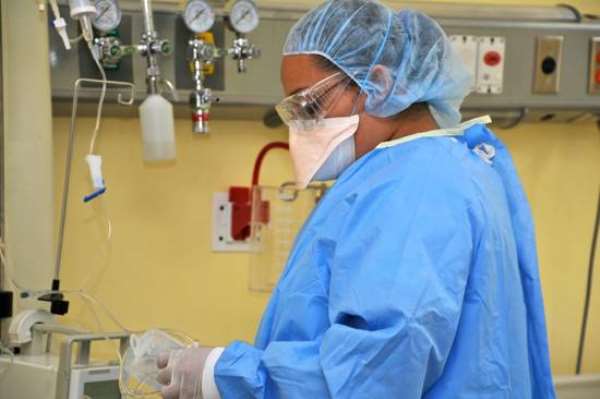 Wearing of nose masks is the surest remedy to stem 'human-to-human' transmission of the Corona Virus Disease (COVID), Mr. Benjamin Kyere, the Sunyani Municipal Director of the National Commission for Civic Education (NCCE) said on Monday.

He reminded that failure to wear a nose mask was a serious offense punishable by law, which could attract between four to 10 years imprisonment, a fine of GHC12,000 or both, under the Executive Instrument 164 and advised the general public to comply, and put on the nose mask at all times.

In an interview on the sidelines of a talk show in Sunyani, Mr. Kyere expressed regret that recalcitrant people were not complying with health safety protocols, thwarting government's efforts to stem the spread of the virus disease.

He explained the NCCE with support from the government had scaled-up COVID-19 public education, and talk shows on local radio stations and information centers to reach-out to people particularly, those in rural areas to be knowledgeable and protect themselves from infections.

Mr. Kyere said his outfit had distributed quantities of nose masks to a lot of people in the municipality but regretted that many of them were not wearing it because of unacceptable reasons, and called on the police to help enforce the wearing of the masks to protect the public interest.

He spoke against public stigmatization and discrimination of COVID-19 patients and appealed to the public to desist from that, saying stigmatization would erode the gains and thwart efforts of fighting the spread of the disease.

As a public health emergency, Mr. Kyere said it required concerted efforts to contain the disease, and appealed to the general public to contribute their quota by adhering to all government restrictions and health safety procedures.

He stressed that good interventions and measures the government was putting in place to contain the disease would be in vain if the public failed to comply with frequent hand washing under running water, use of sanitizers, and social distancing.

As a corporate social responsibility, Mr. Kyere said the media, mostly electronic ones ought to intensify public education on the COVID-19 for the nation to succeed in fighting the virus disease especially community spread.