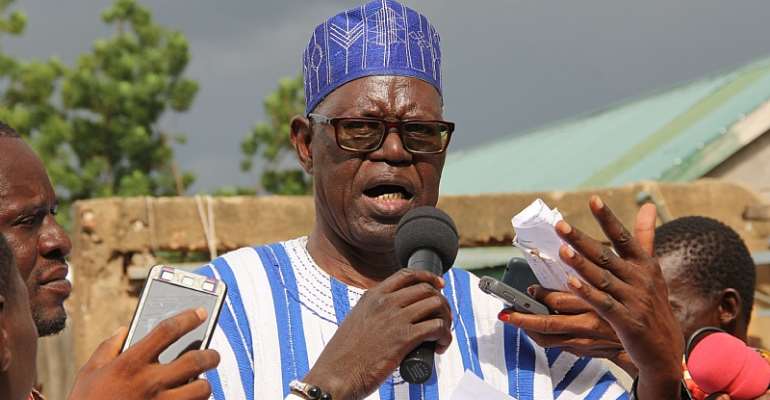 Lawyer John Akparibo Ndebugre, a private legal practitioner and former Member of Parliament for Zebilla constituency in the Bawku West District of the Upper East Region has accused the Electoral Commission (EC) of seeking to disenfranchise some people in the upcoming registration exercise.

At a press briefing on Monday in Bolgatanga, Lawyer Ndebugre stated that in the EC Gazette released on 26th May, 2020 announced the registration centres for the compilation of a new voters' register.

According to him, Timonde, Goriga, Timond-natinga, Biringu and others were in Batch 1 phase 1 which was scheduled to start from 1st to 6th July however, it turned out that those communities are now rescheduled from Batch 1 phase 1 to Batch 2, phase 5 which starts 1st to 6th August, without notifying the residents who are aware of the earlier date.

Ndebugre alleged that many of his people will be disenfranchised due to the rescheduling of the date from today Tuesday July 30 to August 1 which the residents are not aware of.

Mr. Ndebugre said, August, is a month of heavy and prolonged rainfall where it could rain continuously for three to four days non stop.

He called on the EC to as a matter of urgency revert to its earlier date to allow people in the areas register today Tuesday 30th June as planned and indicated in the Gazette form earlier.

Meanwhile, the Upper East Regional Director of the Electoral Commission, William Obeng Adarkwa reacting to the allegation said, the changes were as a result of constraints of supply of kits from China to the country due to the novel coronavirus pandemic.