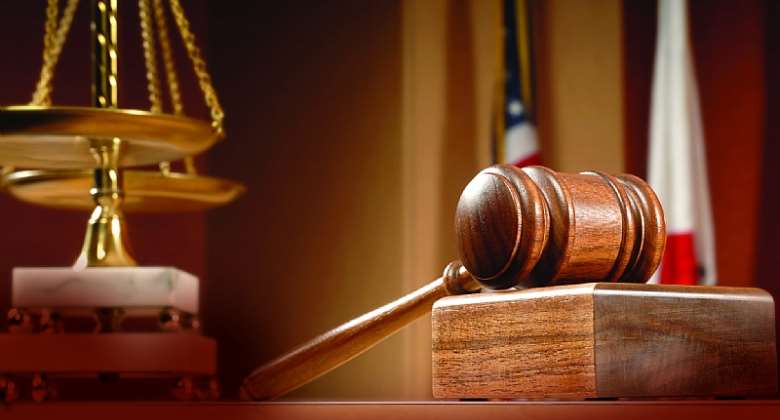 The Botswana Weekend Post June 20 edition. Two journalists from the paper were recently detained over their coverage of the country's intelligence services. (Screenshot by CPJ)

New York, June 29, 2020 — Authorities in Botswana should drop all charges against journalists David Baaitse and Kenneth Mosekiemang, and allow them to work freely, the Committee to Protect Journalists said today.

At about 2:30 p.m. on June 18, intelligence agents arrested Baaitse, a reporter for the privately-owned Weekend Post weekly, and Mosekiemang, a photographer for the outlet, after they photographed a building linked to the Directorate of Intelligence and Security, the country's domestic and international intelligence agency, according to Baaitse and his editor, Aubrey Lute, who spoke to CPJ via phone and messaging app.

Over a period of about seven hours, agents brought the journalists to different locations in Gaborone, the capital, and interrogated them about why they were investigating the agency and how they conducted their reporting, according to Baaitse, Lute, and a June 20 article in the Weekend Post, which CPJ reviewed.

The journalists were detained overnight in police holding cells and, after the intervention of their lawyer, were released the following morning at about 9 a.m. after being charged with “common nuisance,” Lute said.

Baaitse told CPJ that he and Mosekiemang are expected to appear at the Broadhurst Magistrate's Court in relation to the charges, but said a date has not been set. If convicted of a common nuisance, the journalists could face fines of up to 5,000 Botswana pula ($426) or jail terms of up to two years, or both, according to the Botswanan penal code.

The pair refused to plead guilty to the charges and said they were simply doing their jobs, Lute said.

“David Baaitse and Kenneth Mosekiemang should never have been detained, let alone charged for taking a photograph of a building that has been linked to Botswana's intelligence service,” said Angela Quintal, CPJ's Africa program coordinator. “Instead of pursuing journalists, President Mokgweetsi Masisi's administration should direct its energy to reform the country's intelligence service and creating an environment where members of the press can hold elected leaders and the state's security forces to account.”

Lute told CPJ that agents confiscated the journalists' phones and camera for “analysis” during the arrest and that authorities called both journalists last week and asked for their phone passwords, which they refused to surrender.

Baaitse told CPJ today that their phones and camera still had not been returned.

In the June 27 print edition of the newspaper, which CPJ reviewed, Baaitse wrote that the “dilapidated and unattractive” building they photographed was a “Grey House” run by the intelligence services, and contained state-of-the-art equipment that he alleged was used in an operation involving last year's general election.

The newspaper has recently published many investigative pieces about the intelligence agency, including allegations that it helped to rig the 2019 election in favor of Masisi, who narrowly won, according to CPJ's review of the paper's coverage and media reports.

Baaitse told his employer in an interview shared on Facebook that the intelligence agents “did not treat us in a vicious manner [in custody], but we slept on empty stomachs.”

Botswana's Ink Centre for Investigative Journalism said in a statement that the pair's detention was part of a growing pattern of official harassment of Botswana's private media under the government of President Mokgweetsi Masisi, whose office oversees the intelligence services.

A spokesperson for Masisi, Batlhalefi Leagajang, disputed that account and told CPJ via email that media freedom had improved under Masisi's administration.

Leagajang wrote that the administration planned to remove “all legislative instruments perceived to be inimical to press freedom.” However, he also wrote that there were “undeniable instances of media excesses in search of bolder headlines at the expense of infringement of activities of some law enforcement agencies.”

Leagajang wrote that “the law takes its course” when journalists “stray into operations of ongoing law enforcement investigations or legally protected zones in the search for sensational headlines.”

“Journalists are not above the law and may be liable to criminal investigation just like all other citizens and residents,” he wrote.

Retract, apologise for accusing me of impersonating Adwoa Sa...
42 minutes ago

W/R: Our school has become a sleeping place for madmen, big ...
51 minutes ago