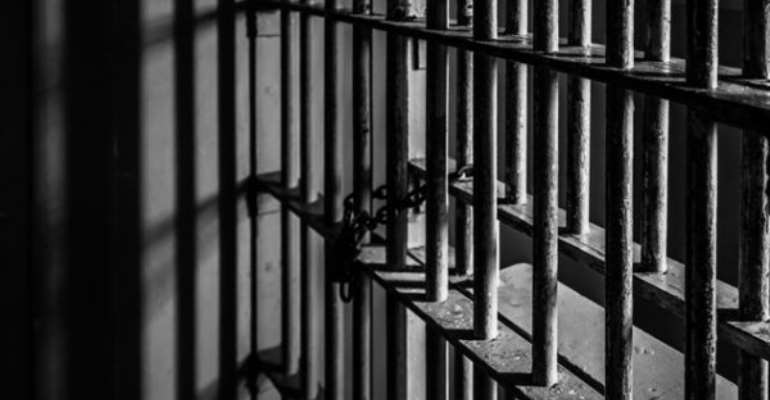 An Accra Circuit Court has sentenced Solomon Azure aka Baba Sulley aka 2PAC to 10 years imprisonment in hard labour after pleading guilty to robbery.

Azure and Brian Ibrahim Adam aka Red, robbed a taxi driver of his Toyota Vitz vehicle after slashing his left arm with a broken bottle.

Azure and Adam pulled out the driver from the vehicle and bolted with it.

The two were facing charges of conspiracy to rob and robbery.

Adam, however, denied the offences and was remanded to reappear in two weeks' time.

The trial judge, Mrs. Evelyn Asamoah convicted Azure on his own plea and sentenced him accordingly.

According to Azure he did not commit the offence with Adam but rather one Dida.

He said Dida, however, left him after he received a call from his wife.

Chief Inspector Haligah said in March this year, Azure met Adam at Avenor Park in Accra and became friends and both have since been communicating on phone although Adam later left for Kumasi.

Prosecution said Azure informed Adam about a car snatching business, saying he knew one Nana who receive the vehicles and was ready to pay huge sums of money for any taxi brought to him for purchase.

The prosecution said on May 28, this year, Azure and Adam hatched a plan to rob taxi drivers of their cars so they went to Nungua-Brigade and engaged the services of the complainant who was then in charge of a Toyota Vitz with registration number GW 4985-19.

Prosecution said the accused asked the taxi driver to transport them to Emef Estate in Lashibi and Azure sat behind the driver while Adam sat in the front seat.

Prosecution said on reaching a spot at Emef Estate road, Azure alerted the driver that they would want to alight so the driver stopped the vehicle.

The prosecution said Azure alighted and walked to the driver's door as if he was going to pay the fare whilst Adam remained seated at the front seat.

Prosecution said Azure opened the driver's door and began pulling him from his seat but the driver was stuck to his seat as a result of the seat belt he was wearing.

He said Azure then broke a bottle he was holding, slashed the complainant's left arm and pulled him out of the car.

Prosecution said Adam quickly jumped onto the driver's seat behind the steering wheel and Azure joined him and both sped off with the vehicle.

The prosecution said on June 3, this year, the complainant went to the Sakumono Police Station's Criminal Investigation Department and saw Azure and Adam.

The Prosecution said Azure and Adam in their cautioned statement admitted the offence where the two indicated that they have given the vehicle to one Nana and Dida.

Treason trial: Bomb the ministry for transmission to go off ...
15 minutes ago

Kumasi: Lady denied recruitment into GNFS because of stretch...
15 minutes ago