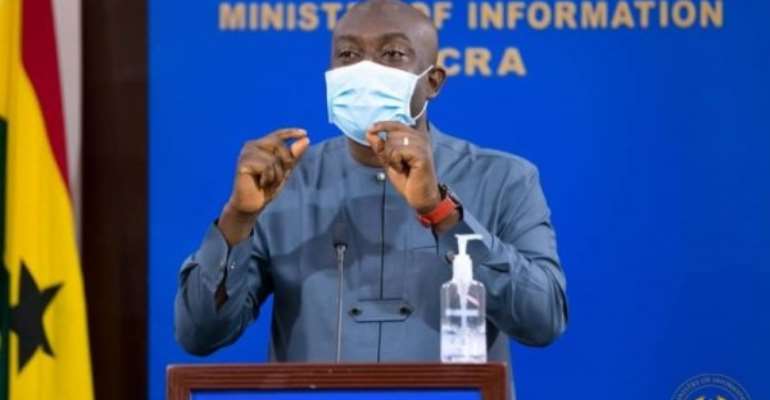 Information Minister Kojo Oppong Nkrumah says the comments made by Mr K.T. Hammond, the NPP Member of Parliament for Adansi Asokwa to the effect that, government deployed soldiers to Volta and Oti regions, to prevent Togolese from registering for the new voter ID cards, as not a representation of government's position.

Mr Oppong Nkrumah, responding to the NDC's claims that government had deployed soldiers to suppress NDC's votes in its strongholds, at a news conference on Monday, said there were a number of government functionaries who were recognised to put out government information.

Mr Oppong Nkrumah entreated the media to exercise circumspection whenever they are attributing government's position on issues to members of Parliament, especially when that MP is not in government or a government appointee.

The Minister expressed surprise about the NDC's " Pick and Choose" attitude, noting that, the opposition NDC often select issues to create fear and panic..."I don't remember the NDC organising a full blown press conference on the arrest of the secessionists, but you see what they're doing with the soldiers' deployment".

"We only find it interesting and we believe the good people of Ghana will see it as it is and judge for themselves," the Minister said.

Earlier, Mr Dominic Nitiwul, the Minister of Defence, explained that government has deployed soldiers across all the borders regions, and not only the Volta and Oti regions.

He said soldiers were to complement the efforts of the personnel of the Ghana Immigration Service to enforce the border closure and Covid-19 protocols, in order to limit the importation of the virus.

The Minister described the NDC's claims of government perpetrating "ethnocentric agenda" as mere propaganda and mischief.

High attendance on first day of parliament's 3rd meeting of ...
47 minutes ago