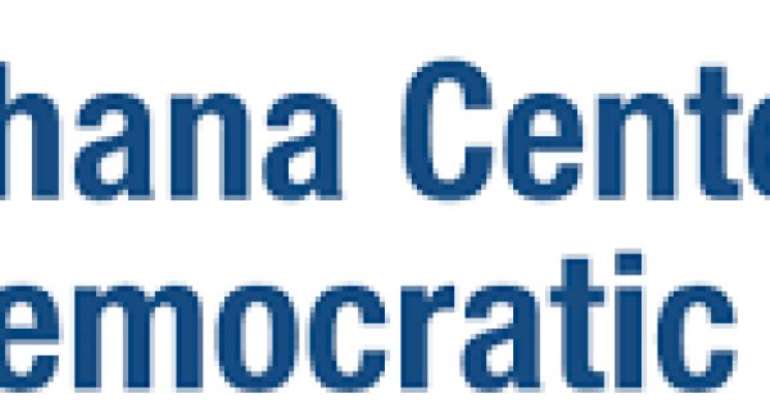 Ghana Center for Democratic Development (CDD-Ghana) and Media Foundation for West Africa (MFWA) have urged journalists in the country to uphold high ethical standards in their reportage on the 2020 elections and beyond.

This was said at a workshop organized to train journalists across the country on election reporting and safety of journalists in the course of their work.

Dr Kojo Pumpuni Asante, Director for Advocacy and Policy Engagement, CDD-Ghana, addressing participants at the Greater Accra workshop, stressed on the need for the media to uphold high ethical standards while reporting on the elections.

He said the December general election was a crucial one, adding that, recent developments such as the 2019 Ayawaso West Wuogon by-election and its fall-out and the increasing politically-charged atmosphere in the country was a reminder to all stakeholders in national development, to tread cautiously in all their public engagement.

He said the media training project was part of CDD-Ghana's “Electoral Support Project” which had been made possible by the generous support of the United State Agency for International Development (USAID-Ghana).

Mr Sulemana Braimah, Executive Director of the MFWA, speaking at the event said people relied on the media to let them know what the real issues were.

He added that the media had a lot of work to do because people were expecting a lot from them and encouraged them not to fail Ghanaians.

The workshop organized by CDD-Ghana and MFWA to trained 150 journalists selected from all 16 regions across the country to train them in Media Literacy, Election Reporting and Safety of Journalists.

The training of the journalists at the workshops happened in the northern, middle and southern zones (Tamale, Kumasi and Accra, respectively), aimed at promoting media professionalism and safety before, during and after the elections.

The training also sought to enhance the media's skills in providing accurate information, creating platforms for participatory governance and promoting peace, given the critical role of the media in the country's democratic processes.

The Journalists were taken through relevant modules such as hate speech reporting, public interest reporting; guarding against fake news; safety of journalists during election reporting; and peace promotion through reportage by experts in various fields.