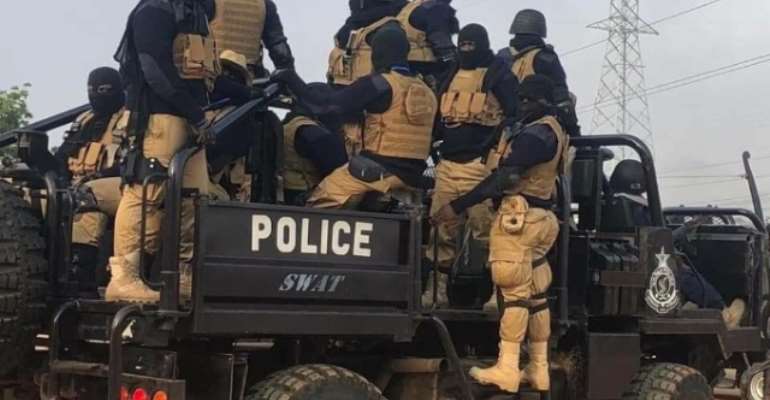 "A popular Government, without popular information, or the means of acquiring it, is but the Prologue to a Tragedy or a Farce; or, perhaps both."

- James Madison.
What is it about the advice of regime-advisors, who have had considerable influence over successive regimes in Ghana, since the overthrow of President Nkrumah, in 1966, which, in the fullness of time, resulted in supposedly strategic decisions taken by governments of the day that eventually ended up being farcical, as well as embarrassing let-down-failures?

The question we must ponder over is: Why, when we face what is a national emergency, akin to a war situation (in the relentlessly upwardly-moving COVID-19 positive-test-case-count figures), are some of those decent and honest individuals around President Akufo-Addo (who happen to be in his inner-circle, too), not standing up to the destructive-and-bumbling-hawks in the New Patriotic Party (NPP), at a critical juncture in our history, when good sense ought to prevail in all the present regime's decision-making?

Alas, today, the NPP's hawks have become so power-drunk, and dominant, in their party that they now equate the national interest (whatever promotes the welfare of the vast majority of the citizenry, and secures the well-being of Mother Ghana, at any given point in time), with what redounds to the parochial interests of their sodden party, and the self-seeking-net-worth stealth-ends, they seek themselves, as greed-filled-individuals.

That is why when the deployment of AI-camera-carrying drones linked to Command Centres nationwide, could effectively police all our nation's borders, without any unnecessary fear-creating-drama, which gives the government a bad image globally, in the comity of democratic nations, very-hard-to-find cash, is now being needlessly wasted on deployed security personnel, sent to our border with Togo, to aid and abet a secret-voter-suppression-agenda, set by the NPP's hawks.

Ironically, the tragedy for Mother Ghana, is that those hypocritical and power-drunk-individuals, don't actually believe in democracy, but in reality, are contemptuous of it, as a system of government.

The plain truth, is that they are greedy-oligarchs, who think that Ghana is a plutocracy, cloaked as a democracy, operated for the benefit of the powerful in society. If only they had the intellect, to understand the untold harm their egregious high-handedness is causing to our democracy's well-deserved international reputation, as a good-governance-beacon in sub-Sahara Africa. Pity.

According to bush-telegraph sources, an egregious example of the results of the abomination that the packing of our secret services with the myrmidon-thugs of the private militias of some of the NPP's hardliners, represents, which is now being pointed out by the Akufo-Addo regime's critics, who are clearly conspiracy-theorists, is the massive intelligence failure that resulted in the demolition of a property in Osu, belonging to the Nigerian High Commission in Ghana, not too long ago.

The question we must all ponder over is: Why did our secret services not know that that was going to eventually happen, if the corrupt officials in the head office of the Lands Commission, were not stopped in their tracks, when they allowed the registration of part of the 4-acre land on which that Nigerian government property was built?

Futheremore, how do we know that the demolition was not meant to embarrass the government, by raising the ire of the Federal Government of Nigeria, at this stage in the campaign for the December 2020 presidential and parliamentary elections?

The moral of that shameful and unfortunate outcome, is that: As a governing party, if you destroy the ethos of professionalism, which ought to underpin the work of our secret services, by packing it with party goons, there will be embarrassing blowbacks, aplenty, alas. Hmmmm, Oman Ghana, eyeasem ooooo. Enti yewieye paaa enei? Asem kesie ebeba debi ankasa. Hmmmm. Yooooo...