A Trendy Rage: Boycotting Facebook and the Stop Hate for Profit Campaign 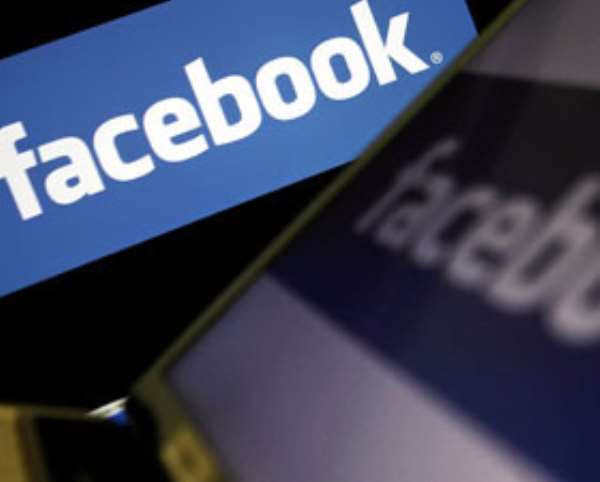 Rage can be that most trendy of things, and social media rage has become modish. If you dislike something, scream it in a certain number of characters and post it on every network you subscribe to. You might even feel good about it. When the pot is taken off the boil, the matter goes away. Things cool till other ingredients are added. The moralist can keep silent till the next rage breaks.

Few realise that social media campaigns do not necessarily work against the platforms that facilitate them. To wage such a battle against, say, Facebook, is comical in the extreme: such a body is, after all, in the business of mass publicity, algorithmically tailored for its cause. And in this scheme, the only cause (or causes) that ever matter are those of Mark Zuckerberg and his cyber galactic family, digital inbreds par excellence.

We know that anything Zuckerberg says when it comes to the broader ideas of society – freedom, liberty, expression – are all to be taken in the context of the world he has confected. Dark as it is, his idea of digital interaction has, at its core, a leery, hostile understanding of humanity, one that insists on creepy suspicion rather than consolidated understanding. What is important here is facilitation, an effective platform that breathes life into voyeurism at the expense of solidarity, the “experience” that consumers are supposedly meant to have when using it. As he explained to students at Georgetown University in October 2019, “I’ve focused on building services to do two things: give people voice, and bring people together. These two simple ideas – voice and inclusion – go hand in hand.”

Except that they do not. The voice, in such cases, is fundamentally antisocial, combative and provocative. Nothing about this misanthropic surveillance fantasy called Facebook is ever conversational. It is battle, division and, for that reason, perfect for the resentful. As a platform, it is ideal for hate.

With that in mind, another rage-filled campaign has bloomed, and it comes in the form of combating hate speech and misinformation. It also comes with its own dreary, suffixed hashtag, #StopHateForProfit, which begins as an angel in heaven and ends up as a confused, unlettered fundamentalist on earth. In looking at these suddenly transfixed moral warriors who have attached their names to the effort, it is worth bearing what sort of entities we are talking about. (So far, the list seems to include 160 or so companies, but this number warrants closer analysis.) Wolves are turning vegetarian; and vegetarians are shuffling over into the dining room of carnivores. Companies with the moral inclination of Iago are becoming pure in their attack on Facebook, shedding doubts and gunning for their customers as they scratch and paw an entity that made them wads of cash.

An argument about good intentions, which is only ever half good keeping consequences in mind, might be made about the origins of this campaign. It began in the furious, justified rage engendered by George Floyd’s death in Minneapolis under the knee of a police officer. Organisations such as Free Press, Common Sense, Color of Change, the NAACP and the Anti-Defamation League pooled resources and launched the initiative to lobby Facebook to wean itself off revenue gained from hateful content. The leading words on the campaign site state the challenge clearly: “We are asking all businesses to stand in solidarity with our most deeply held American values of freedom, equality and justice and not advertise on Facebook’s services in July.”

The group cites the following examples of egregious conduct on the part of Facebook. “They named Breitbart News as a ‘trusted news source’ and made The Daily Caller a ‘fact checker’ despite both publications having records of working with known white nationalists.” (The underlying presumption here is that white nationalists cannot peddle accurate news, but non-white nationalists and patriots might.). Voter suppression was ignored. Incitements “to violence against protesters fighting for racial justice in America in the wake of George Floyd, Breonna Taylor, Tony McDade, Ahmaud Arbery, Rayshard Brooks and so many others” was permitted. It takes issue with the scale of revenue Facebook makes: 99 percent of $70 billion. “Will advertisers stand with us?”

When a company as infuriatingly smug and standardising as Starbucks intends to withdraw its name from your client list, celebrations might be in order, and not just for authentic coffee makers. It is not so much standing with you as fleeing the scene and awaiting a change of heart. Last year, the company found itself in the nether ranks of the Corporate Human Rights Benchmark, a London-based non-profit intent on scolding it. In 2018, it scored like a dunce. The commitment to respecting human rights fell well short of meeting standards stipulated by the OECD and UN Global Compact. Transparency on human rights in terms of supply chains was found wanting.

But in the league of abuses, even Starbucks must find itself enviously short of an entity that prides itself on its totalitarian drinks image. Be it Colombia, Turkey, Guatemala and Russia, Coca-Cola, which has turned cold on Facebook for the brief period of 30 days, has run roughshod over workers’ rights and drained environments the world over. Its cravings for water have done their share in destroying local agriculture and adding their substantial contribution to global dehydration. Moralising about hate speech in a brief spell of triggered conscience compares poorly as an ethical act relative to the furthering of environmental sustainability.

Other companies who find themselves chorusing in this campaign are also suspect. Verizon, not exactly good on privacy and the incursions of the national security state, is thrilled to keep company with dealing with hate. There are recruitment companies such as Upwork, consumer-giant Unilever, jeans maker Levi Strauss.

These entities are playing the waiting game, as is Zuckerberg. An amoral standoff is taking place. As a creature of eternal, unprincipled patience, the Facebook CEO knows that such companies are playing a short term game here, merely pausing advertisements, and returning to the fold when publicity is less hot. When the social media warriors are asleep, the company executives will plot.

Such campaigns must face the cold realities of the beast they are confronting. Expecting Facebook to monitor hate speech and disinformation is not only expecting much, but expecting something dangerous. To target Facebook on matters of hate, in of itself dangerously vague, is to deal with the transmission of a condition, rather than the condition itself. Teams are already at work monitoring and policing what can or cannot make an appearance on the platform. Those doing so risk becoming the creatures of ruin. To then enlist platoons of information enforcers is tantamount to vesting vast powers of control. What Facebook decides as hateful, goes; what the company deems suitable ill-informed or misinformed, can be scrapped. Pity that world.