The Continued Irresolution of the Conflict of Western Sahara: The Right to Self-determination vs. Realpolitik 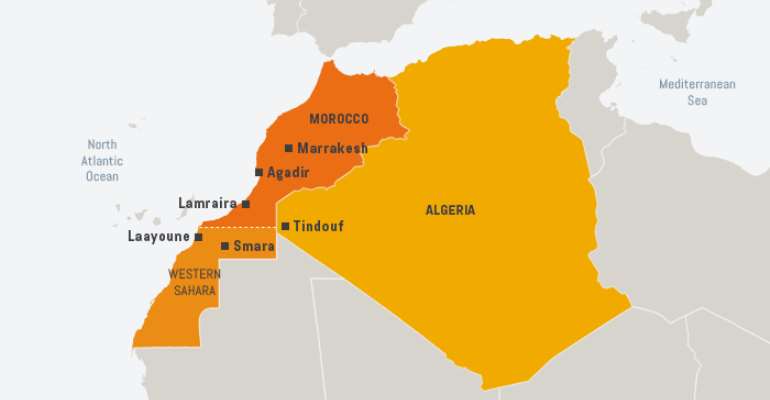 The UN marks the 75th anniversary of its creation on 26th June, the date on which the UN Charter was signed by the representatives of 50 countries in San Francisco, the United States of America. Since its inception, the UN has had a rather mixed record when it comes to fulfilling the purposes for which it was created. On balance, the UN as an inter-governmental organisation has stood the test of time despite the myriad challenges arising from its built-in structural imbalances and the continued attacks on the multilateral system that it represents. An area that stands out among the achievements of the UN is decolonisation. Although the colonial powers at the time strongly opposed any reference in the UN Charter to self-determination or independence for colonised peoples and countries (Non-Self-Governing Territories in line with UN terminology), the process of liberation of colonised peoples was irresistible and irreversible. The adoption of UN General Assembly resolution 1514 (XV) on the Declaration on the Grating of Independence to Colonial countries and Peoples, on 14 December 1960, was a historic milestone that contributed significantly to accelerating the decolonisation process, which led to the increase of UN membership as more colonies acceded to independence.

Today peoples of many erstwhile colonies enjoy their freedom and independence, yet unfortunately colonialism is far from over. At present, there are 17 Non-Self-Governing Territories whose peoples have not yet exercised their right to self-determination and independence including Western Sahara, the last colony in Africa, on the UN list of Non-Self-Governing Territories since 1963. The decolonisation of Western Sahara however was thwarted when Morocco militarily invaded the Territory on 31 October 1975 in violation of UN resolutions and the ruling of the International Court of Justice (ICJ) on 16 October 1975, which held that no tie of territorial sovereignty had ever existed between Morocco and Western Sahara.

Morocco’s military occupation of Western Sahara stroke at the heart of two fundamental principles of the existing international order, namely peoples’ right to self-determination and the inadmissibility of the acquisition of territory by force. However, the Security Council, which has primary responsibility, under the UN Charter, for the maintenance of international peace and security, did not take any decisive action against Morocco for reasons related mainly to realpolitik. This is obviously not the place to engage critically with realpolitik and its “dogmatic acceptance” of power as the fundamental determinant of international politics, among other things. There is no denying the fact, however, that its doctrinaire power-centred approach in policymaking has caused (and continues to cause) so much instability and insecurity in many parts of the world.

Even after approving the UN-OAU Settlement Plan for Western Sahara, which was solemnly accepted by both parties, the Frente POLISARIO and Morocco, in August 1988, the Security Council has frequently failed to exercise its authority to ensure the implementation of the plan. As a result, after 29 years since the establishment of the UN Mission in Western Sahara, MINURSO, the self-determination referendum for the Sahrawi people, which was scheduled to be held in 1992, has not yet taken place due to several reasons. First, Morocco sought to determine the result of the referendum in advance by transferring thousands from Morocco proper into occupied Western Sahara and insisting that they should be included in the voting lists. Second, the passivity and ambivalence with which the Security Council confronted Morocco’s defying attitude, especially when Morocco expressed unwillingness to go forward with the Settlement Plan in 2002. Third, the attempts by some quarters to “accommodate” in some way the Moroccan position by searching for supposedly “political solutions based on compromise” as if the UN-OAU Settlement Plan had not been the mutually acceptable political and compromise-based solution par excellence. The fact that Morocco has reneged on its commitments under the UN-OAU Settlement Plan for fear of the free and democratic expression of the Sahrawi people (a fact that attests to the undemocratic nature of the ruling regime in Morocco) cannot be an argument to invalidate the mutually accepted peace plan or the referendum as a democratic process for conflict resolution.

The passive and the ambivalent approach with which the Security Council, under the influence of some of its members, has managed the UN peace process in Western Sahara over the past decades has only exacerbated the conflict situation and hampered the quest for a peaceful and enduring solution. In this context, the root cause of the continued irresolution of the conflict of Western Sahara, in my view, still lies in the tension between some approaches based on the doctrine of realpolitik on the one hand, and the right of colonised peoples to self-determination and independence on the other. Even the recent attempts to reconcile these contrasting positions could not resist the influence of realpolitik, resulting in self-contradictory and confusing approaches. A prime example of these is reflected in the Security Council recent calls on the two parties, the Frente POLISARIO and Morocco, to achieve “a realistic, practicable and enduring political solution based on compromise” on the one hand, and to enter into “negotiations without preconditions in good faith with a view to achieving a just, lasting, and mutually acceptable political solution, which will provide for the self-determination of the people of Western Sahara” on the other. This type of “destructive ambiguity” that is manifest in Security Council recent resolutions has only created more confusion even for Council members and has given Morocco more room of manoeuvre to persist in its policy of procrastination and obstruction.

Without a doubt, direct negotiations between the two parties are essential for reaching a peaceful and sustainable solution to the conflict. In fact, the UN-OAU Settlement Plan came as a result of a series of negotiations between the two parties and the United Nations. However, as I have pointed out on several occasions, calling upon the two parties to engage in negotiations to achieve a “realistic, practicable” and “mutually acceptable political solution”, “which will provide for the self-determination of the people of Western Sahara” is incompatible with the principles and rules governing the right of colonial peoples to self-determination. All UN relevant resolutions and legal doctrine, including the ICJ advisory opinion on Western Sahara of 1975, affirm that the essence of the right of colonial peoples to self-determination is a democratic process by which the will of the people concerned is expressed in an informed, free and genuine manner. This means that the will of the people of Western Sahara, the sole holder of the right to self-determination, must be expressed without any foreign interference of any kind. The expression must also be genuine and direct through the internationally established democratic processes of which the referendum is a widely used process as, for instance, was shown by the case of East Timor that had many similarities with the Western Sahara situation. The self-contradictory approach to self-determination remains the underlying cause of the impasse currently facing the UN peace process in Western Sahara. This situation is compounded by Morocco’s categorical refusal to engage in any UN-supervised direct negotiations to achieve a peaceful solution, despite its rhetoric and PR stunts. As I have pointed out on several occasions, Morocco’s strategic objective is to maintain the status quo and, therefore, its preferable option is the continued irresolution of the conflict.

Nevertheless, if some have accepted this status of affairs under the influence of realpolitik or other considerations, the Frente POLISARIO and the people of Western Sahara will never accept it. The Moroccan military invasion and illegal occupation of Western Sahara in 1975, regardless of its political and economic motives, also implied a denial of the existence of the Sahrawi people and their right to self-determination and independence. The practical expression of this denial was the bombardment of Sahrawi civilians with napalm and white phosphorus and the scorched-earth policy pursued by Moroccan forces in Western Sahara. It is also reflected in the various forms of violence practiced nowadays against civilians in the occupied territories and the deliberate destruction of Sahrawi cultural heritage. The struggle waged by the Sahrawi people under the leadership of the Frente POLISARIO is therefore a struggle for defending their national identity and their legitimate right to exist as a free and sovereign people in their homeland.

The international community should know, from past and present experience, that undemocratic regimes, despite their apparent stability, are inherently unstable, particularly in the age of democracy, the rule of law and human and peoples’ rights. Those who are genuinely concerned about stability and security in North Africa should rethink their policies towards the region in general and Western Sahara issue in particular. In doing so, they should desist from viewing and addressing the issue exclusively from the vantage point of realpolitik or the balance of power politics in the name of which despotic regimes have oppressed many people and caused violent conflicts and insecurity in many parts of the world. The time has come for some quarters to realise that supporting the autocratic regime in Morocco is no guarantee of regional peace and stability in North Africa. The Security Council in particular should shoulder its responsibility and should not wait for the conflict situation in Western Sahara to deteriorate and become a serious source of instability in the region and beyond.

In conclusion, the legal and political nature of the issue of Western Sahara as a decolonisation case is unquestionably clear. Therefore, the question before the United Nations as it marks the 75th anniversary of its creation comes down to this: do we allow realpolitik and the rule of “might makes right” to prevail in the case of Western Sahara, and thus allow the Moroccan illegal occupation of parts of the Territory to continue with impunity, or do we defend the fundamental principles underpinning the existing international order and thus defend unreservedly the free and democratic exercise by the people of Western Sahara of their inalienable right to self-determination and independence in accordance with UN doctrine related to decolonisation? Without doubt, the “might makes right” rule cannot be an option, otherwise many peoples and countries, including UN Member States, would have remained under the yoke of colonialism and foreign occupation. The only practicable option, therefore, is to allow the people of Western Sahara a democratic process by which to exercise freely and democratically their right to self-determination and independence. Basic democratic principles and rules of international law all support this legitimate aspiration, and it is now time the international community support it too not only in words but also in deeds.

Dr Sidi M. Omar (https://uji.academia.edu/SidiOmar) holds a European Doctorate in Peace and Conflict Studies from Universitat Jaume I of Castellón in Spain. He has taught, as a visiting professor and lecturer, postgraduate courses on conflict resolution, mediation and negotiation at several universities in Africa, Asia, Europe, Latin America and USA.

Article
Powered By Modern Ghana
Seidu Agongo Writes: What Does A Female President Mean To Ghanaian Girls?
Ahwoi’s Working With Rawlings – Amidu’s Critique V
What can be done to better support women pursuing their PhDs in Africa
Has the skin lightener industry learned from Black Lives Matter?
COVID-19 and HIV: so far it seems the outcome is not what was feared
Password education should be age-appropriate: here's how
Why The Malian Military Junta Won't Give Up Power Now
A Review Of Environment And Sanitation Policies In NDC’s ‘Peoples Manifesto’
A Journey To Afrofuturism; Dare Us Ditch The Lemons?
COVID-19 Updates Live Dashboard
TOP STORIES