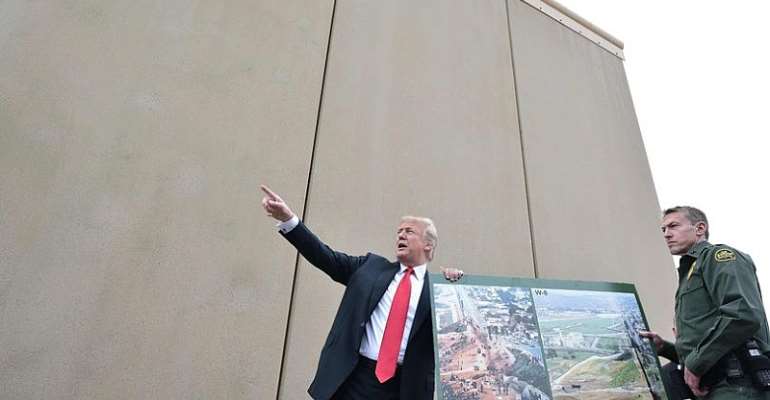 The wall to Mexico was a central promise of Donald Trump in the previous US election campaign, and the US president proudly had his last photo taken next to it. But now he is facing a legal headwind.

US President Donald Trump has suffered a legal defeat in the dispute over the construction of a wall on the border to Mexico. A court of appeal in San Francisco ruled on Friday that the president did not have the right to reallocate 2.5 billion dollars earmarked for the defence ministry for the construction of the gigantic structure.

No influence on wall plans

Trump's plans were not covered by the Constitution, the judges ruled, pointing out that Congress had prohibited the transfer of funds. The judges also confirmed that California and New Mexico, which are among the 20 complaining states, have the right to sue the US government on this issue.

However, the ruling has no direct impact on Trump's wall plans, as the US Supreme Court has already ruled that the $2.5 billion spent on the construction of the wall may be spent until the dispute is finally settled. Trump had declared a national emergency in February 2019 to justify the reallocation of funds from the defence budget. The president sees the security of the US threatened by illegal immigrants entering the country via the border with Mexico.