Former Narcotics Board Chair to be referred to GLC 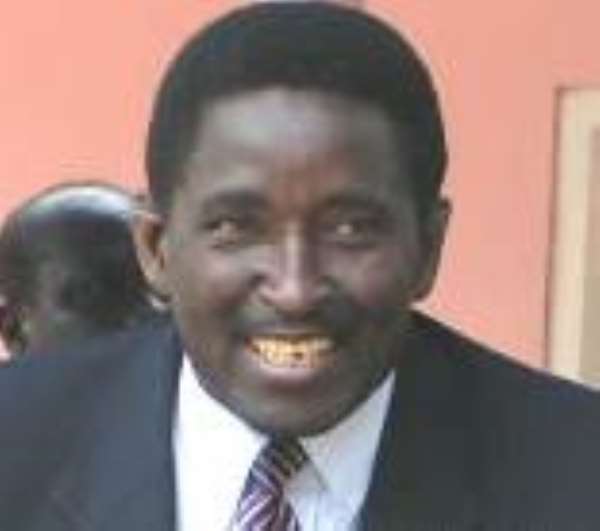 The General Legal Council (GLC) is to consider and rule on the ethical propriety in the decision by former deputy Interior Minister, Captain Nkrabea Effah-Dartey to defend three suspected drug traffickers in court.

The Ghana Bar Association says it would refer the case to the council if the former deputy minister, who chaired the Narcotics Control Board until about two months ago, continues with the decision to defend the suspected drug traffickers.

His critics suggest that if he defends the suspects, he could be sending some wrong signals, especially to the international community over Ghana's commitment to the war against drug trafficking.

Two of the suspects in question were arrested and arraigned before court during the period the former minister was Chairman of the Narcotics Board and thus the critics are raising issues of conflict of interest.

The President of the Ghana Bar Association, Kwame Tetteh, says the General Legal Council could sanction Captain Effah-Dartey if he goes on to defend the suspects.

GBA President: As soon as Joy FM brought the matter to my attention, I called the Captain (former minister) and I discussed the matter with him. I told him my concern that as the former Chairman of the Narcotics Control Board vital information may have come in his procession which he is likely to use.

Even if the information did not come into his procession, the public perception may be that 'here is our protector now defending the commission of the crime'. We thought that Ghana is becoming a transit quarters for trafficking drugs, our officers should not be seen playing this role which sort of compromises their position.

So I spoke with him and he was of the view that he is entitled to earn his living. He said he wanted to take time and think about the matter, consult other senior lawyers. I tried to impress upon him the urgency of the matter. But he thought that he should wait and get in touch with me today (Tuesday). He has not gotten in touch with me yet. It is believed that he will do so and tell me exactly what his plans are. If he insists, I will have to take the matter up to the Bar Council and we will decide on the way forward. It may or may not end up in disciplinary proceedings.

Kofi Owusu: In the event that he sticks to his guns and says he's going to go ahead and defend this drug suspect, what can the Bar Association do?

GBA President: We will take the necessary steps that will not affect the interest of the state adversely. We have a general council which has the jurisdiction to deal with such matters. It may come to the General Legal Council as a disciplinary complaint that the Attorney General so wishes or it may be referred to the General Legal Council for its direction on the matter. On the other hand, the Bar Council can take it upon itself and invite the Captain and advise him on the best course to adopt in the circumstances.

Kofi Owusu: What he is doing now, is it legal or illegal?

GBA President: I would not want to express an opinion on that because I have my personal reservation as a lawyer on the issue but because the matter may end up in the Disciplinary Tribunal, I do not want to prejudice what should happen there so what I can tell you is that I think he should be more cautious about the step he is taking now.

Kofi Owusu: It wouldn't have mattered if he were defending a new case which had not been treated by his team when he was in office as Narcotics Chairman ?

GBA President: It wouldn't have mattered but these were persons whose cases were investigated when he was in office, when he was Chairman of the Narcotics Control Board.