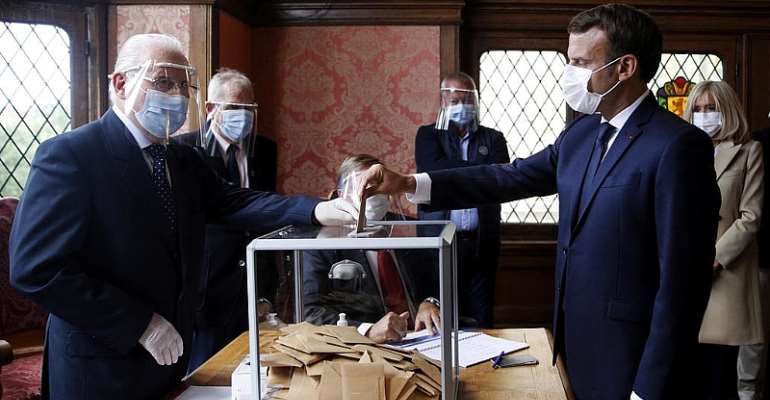 At midday on Sunday, the turnout for the second round of municipal elections in France was at the record low of just over 15 percent. The democratic process was delayed by three months due to the Covid-19 epidemic. Meanwhile, polls in the overseas territory of Guiana have been postponed again as authorities grapple with the health crisis.

Polling stations opened at 8am local time across mainland France, and by midday, turnout was at 15.29 percent compared to 18.38 percent at the same time during the first round held on 15 March and 19.83 percent in the second round of the elections in 2014.

Over 150,000 candidates are in the running for the role of mayor in 4,827 cities and towns including major cities such as Paris, Marseille and Lyon where political upsets have been predicted.

In the first round, the overall participation was calculated at 44.6 percent, according to the French Interior Ministry, 20 points less than in 2014, when turnout was at 63.5 percent.

Proxy voting made easier
Due to Covid-19 the second round is taking place three months after the first round and strict health measures such as distancing, hand gels, masks and plexiglass barriers, have been put in place.

Authorities simplified the process of proxy voting, particularly for the elderly in the lead up to the poll, allowing one representative to register on behalf of two voters instead of one.

Residents who could not leave their homes due to Covid-19 restrictions or other handicap were allowed to ask their local police station to send someone to collect their proxy vote.

In France's overseas territories, New Caledonia was the first to close their polling stations due to the time difference.

"The turnout reported at 5pm local time was estimated at 35.26 percent, compared to 40 percent in the the first round," the post said.

Meanwhile, in French Guiana, the vote has been postponed again, due to the health crisis.